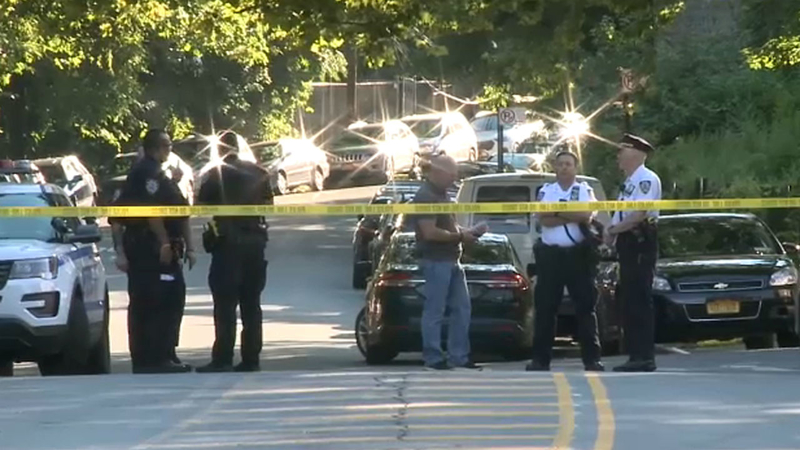 UNIVERSITY HEIGHTS, Bronx (WABC) -- Police say an off-duty officer from Long Island accidentally shot himself in the leg while firing at men who assaulted him in the Bronx.

The NYPD says the 33-year-old Hempstead police officer shot two men who were attacking him Saturday morning and then shot his own leg.

Police say the incident started when a car rear-ended the officer's vehicle at Sedgwick Avenue and West 183rd Street at 6 a.m.

They say when the officer and two men in the car got out to assess the damage, another car with two more men inside pulled up and all four men attempted to rob the officer and assaulted him.

Police say the officer pulled out his gun and shot one man in the abdomen and another in the back, then shot himself in the calf accidentally.

The officer was taken to the hospital and was said to be stable.

The other two men involved in the incident drove the two men who were hit with bullets to the hospital where they remain in custody and will likely face charges.

The other two men are still on the run.