Josh Einiger has the latest on the fatal shooting of an NYPD detective.

RICHMOND HILL, Queens (WABC) -- The New York Police Department and New York City are in mourning after an NYPD detective was killed by friendly fire during a robbery in Queens Tuesday night.

Officers from all over the city responded to Jamaica Hospital after news of the shooting.

This is believed to be the first fatal shooting of an officer in the line of duty in New York City since Miosotis Familia on July 5, 2017. 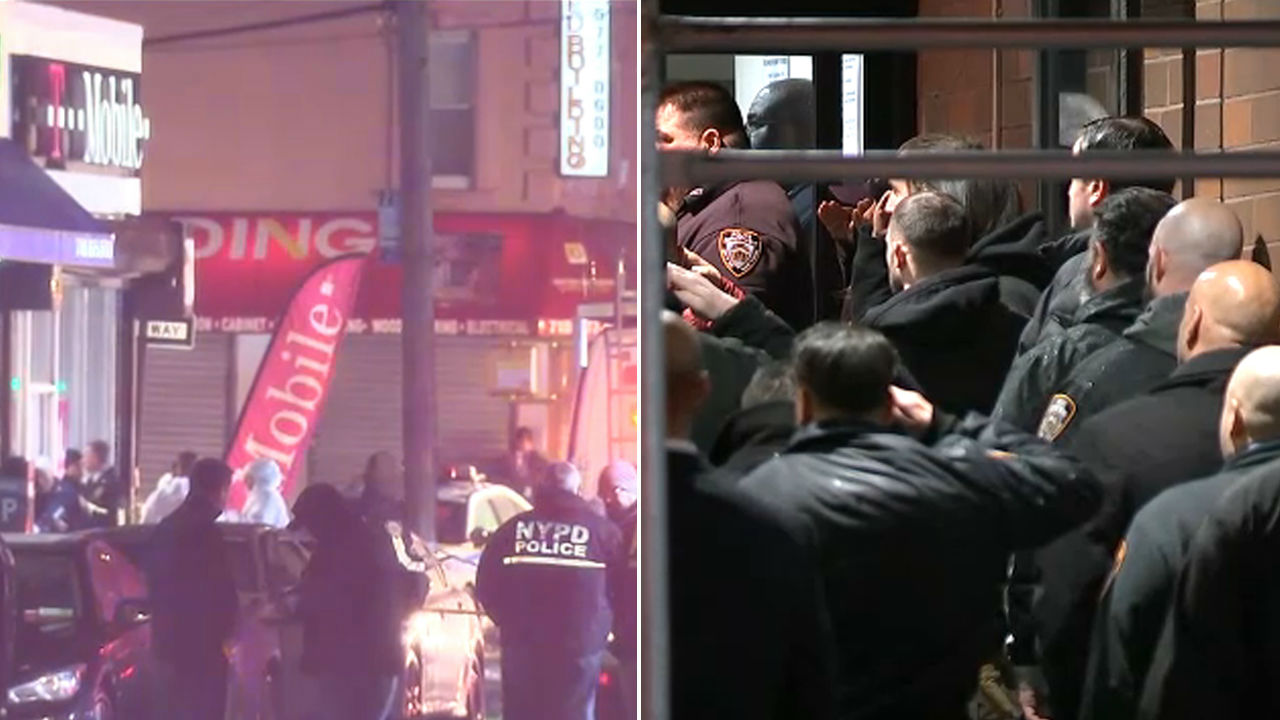