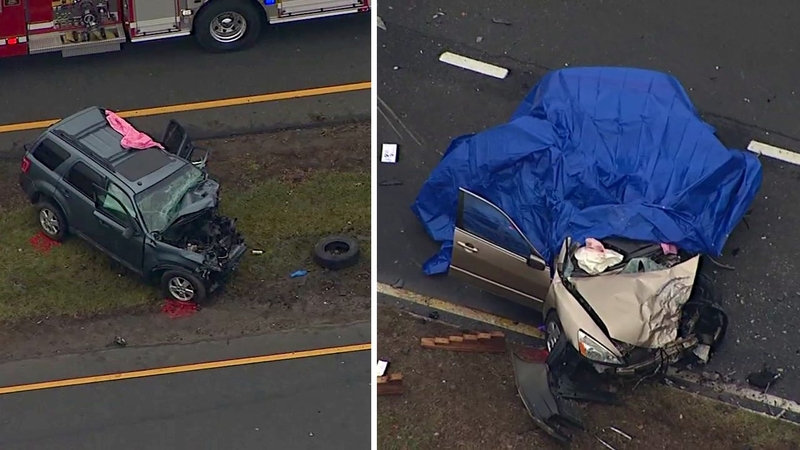 Police said a 45-year-old man from Howell Township, New Jersey, was driving his Ford Escape south on Route 9 when he crossed into the northbound lanes and struck a Honda Accord with four people inside. The man, along with the driver of the Accord -- a 37-year-old woman from Freehold, New Jersey -- were killed.

No names have been release yet, as the victims' families are in the process of being notified.

Police said it's not known why the driver the SUV crossed into the opposite lanes.

Here's video of the crash scene from NewsCopter 7:

Crash believed to have fatalities shuts down Route 9 in Old Bridge, NJ https://t.co/nNyH2XHexDhttps://t.co/ghVsoOUdUU

And here are some photos from an Eyewitness News viewer:

The victims were rushed to Robert Wood Johnson University Hospital in New Brunswick.

The road was shut down for more than 3 1/2 hours while police investigated the crash. It reopened just before 4:40 p.m.