Officials warn against drunk boating this 4th of July 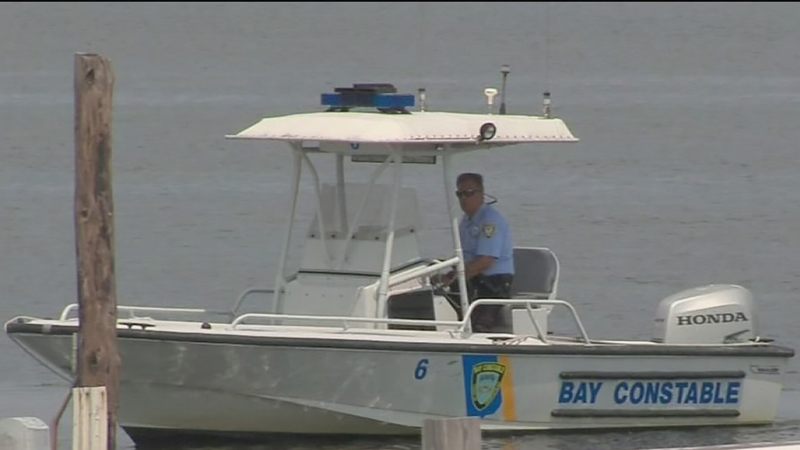 HEMPSTEAD, Long Island (WABC) -- With the Fourth of July coming up, lots of people will be on their boats. But leave the six pack behind, or you might wind up seeing a breathalyzer.

With more than 100,000 registered boats in the Long Island area, officials are issuing a warning to all boaters to stay sober behind the wheel.

Hempstead Town Supervisor Laura Gillen was joined by town officials and Bay Constables Monday to officially launch and christen a newly acquired, high-tech U.S. Coast Guard response boat ahead of the busy holiday week, as well as to announce added enforcement and patrols throughout the entire week in response to increased holiday boat traffic.

The extended Independence Day weekend kicks off the busiest time of the year for boating. Constables will be out in full force, looking for anyone who may be drinking and driving a boat.

All bay constable boats will have a breathalyzer on board to test boaters on the spot.

If you get a BWI, not only do you have legal fees, but you could lose your licenses and even spend time in jail.

There were two major boating accidents this weekend in Suffolk County, and there has also been increase in heat wave related illness.

Nassau University Medical Center is the closest Level 1 Trauma Center to Jones Beach, one of the most popular summertime destinations in New York State with more than 5 million annual beach-goers.

Among children, traumatic injuries normally double during summer months; and, for adults up to age 44, physical trauma is the leading cause of death. Adult trauma cases typically jump 25 to 30 percent during the summer period, which is commonly called "trauma season," by medical professionals and first-responders.