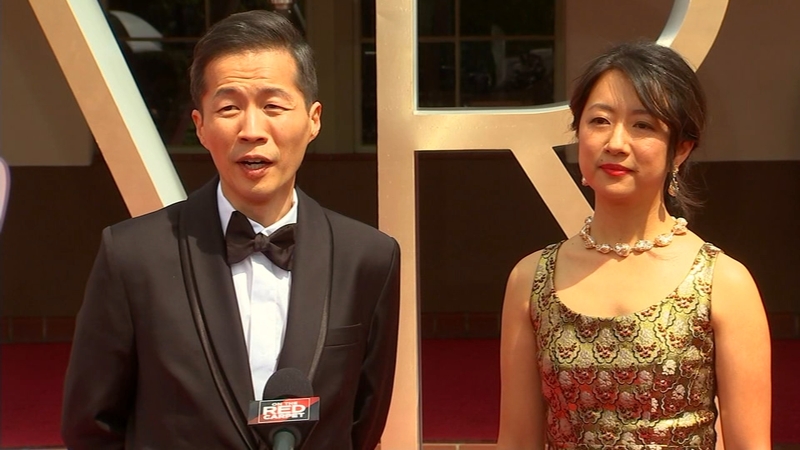 Lee Isaac Chung, nominated for an Oscar in the directing category for "Minari," drew from personal experience as the son of first-generation immigrants from Korea to create the critically acclaimed family drama.

Who is Lee Isaac Chung?

Chung, 42, had made three movies before, including the Rwanda-set "Munyurangabo."

Previously a film professor, he nearly gave up filmmaking to teach full-time before the semi-autobiographical "Minari."

He told the Associated Press he took a different approach to write "Minari," starting off by listing memories of his childhood in Arkansas.

"I took a lot from my own life because I wanted to be as personal as possible with the film," he said.

'Minari' has garnered attention in the form of nominations from several wards shows. It's a movie about a Korean family who moves from California to Arkansas searching for the American Dream.

What is "Minari" about?

In the 1980s-era family drama, Jacob Yi (Steven Yeun) has moved his family to a wide-open Arkansas plot to farm the land and, hopefully, release him and his wife from years of toil at poultry plants.

He tills it not for the area's typical crops but for vegetables common to Korean cooking that he believes will feed other Korean immigrants like himself. His mother-in-law (Youn Yuh-Jung) also finds a gentle creek bed to grow minari, the leafy vegetable popular in Korea.

"I want this film to be about human beings," Chung in a red carpet interview before the Academy Awards ceremony. "And Asian Americans -- we're human beings -- and so are you. That's what it's all about -- our stories."

"Those actors, to me, are heroes -- they're incredible and I'm so glad everyone's taking notice of just how good they are," Chung said of Youn and Yeun, in a red carpet interview before the Academy Awards ceremony.

"I just want to say that 'Minari' is about a family," Chung said, accepting the award with his daughter's arms around his neck. "It's a family trying to learn how to speak a language of its own. it goes deeper than any American language and any foreign language. It's a language of the heart. And I'm trying to learn it myself and pass it on. And I hope we'll all learn how to speak this language of love to each other, especially this year."
Report a correction or typo
Related topics:
arts & entertainmentoscarsacademy awardsaward showsmovie newsotrc
Copyright © 2021 OnTheRedCarpet.com. All Rights Reserved.
RELATED
Andra Day takes turn as Billie Holiday nearly 50 years after Diana Ross
Chadwick Boseman snubbed in shocking Oscars upset for Best Actor
Oscars 2021: Chloe Zhao becomes 2nd woman to win best director
Oscars 2021: Frances McDormand a double winner for 'Nomadland'
OSCARS
Sneak peek of the Academy Museum of Motion Pictures
NYU's Purple List offers opportunity to young film students
Matt Damon stars in Oscar worthy 'Stillwater'
Academy Museum announces ticket sales, hours
TOP STORIES
New vax deadline set for NYC school staff amid protests
AccuWeather: Passing showers | LIVE
Man robbed at gunpoint for necklace, pendant worth $50K, in Brooklyn
Man found dead in restaurant vent after burglary attempt: Police
Shots fired during police chase in New Jersey
Gabby Petito's family to speak as search continues for Brian Laundrie
Powerball: No winner, jackpot soars to $570 million
Show More
Women pushing strollers groped on NYC street by man recording himself
Governors Island to stay open year round, mayor announces
Health care contingency plan in place as vax mandate enforced in NY
Nearly 28,000 pounds of frozen DiGiorno pizza recalled
COVID Update: Some fight vax mandates, others line up for boosters
More TOP STORIES News