This will be the first live performance of the song written by Lin-Manuel Miranda.
WABC
By George Pennacchio 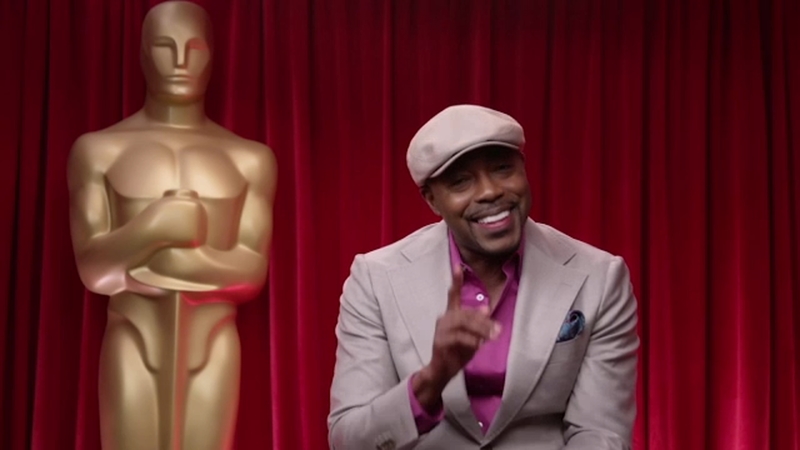 "Encanto" cast members Adassa, Stephanie Beatriz, Mauro Castillo, Carolina Gaitan and Diane Guerrero, along with singers Becky G and Luis Fonsi will perform at the ceremony, which returns to the Dolby Theater in Hollywood on Sunday, March 27.

This will be the first live performance of the song written by Lin-Manuel Miranda, who is nominated for Best Original Song for the film's track "Dos Oruguitas."

Last month, "We Don't Talk About Bruno" became the highest-charting song from a Disney animated film in more than 26 years, beating "Let It Go" from the hit film "Frozen."

Miranda's catchy tune has been streamed on Spotify more than 200 million times. The last Disney song to reach the top of the Billboard Hot 100 chart was "A Whole New World" from "Aladdin" in 1993.

With such accolades, why isn't hit track nominated for an Oscar? Miranda said he never saw the massive popularity of "We Don't Talk About Bruno" coming.

The Academy only accepts two songs from any one film by the same writer on its shortlist. Also, submission deadlines were in fall 2021, weeks before "Encanto's" meteoric rise in popularity.

"But on the other hand, we've all been locked up for two years," he continued. "The notion of a bunch of voices happening within one home feels very resonant, with hindsight. There's kind of a part for everyone to play in singing along with the song. If you're not bopping to this melody, another melody is coming along in two seconds because almost every character gets a little feature in it."

Disney instead submitted "Dos Oruguitas," sung by Colombian singer-songwriter Sebastián Yatra, for consideration. The song's name translates as "Two Caterpillars" and played in the background during a flashback showing the traumatic origins of the Madrigal family's powers.

Miranda composed it striving for the simplicity and metaphor of an old folk song.

"It's one of the only songs where a character is not singing it. You're not seeing a character sing it, and I think it's all the more powerful because of it," he said.

If Miranda scores a win for "Dos Oruguitas," it would give him his first Oscar, and since he's already won Tonys, Grammys and Emmys, it'll land him the coveted EGOT status.

Jane Campion's gothic western "The Power of the Dog" led nominations for the 94th Oscars. Here are the nominees in key categories.

SEE ALSO: Beyonce, Billie Eilish among those to perform at 94th Oscars in Hollywood

Mark your calendar: March 27 is Oscar Sunday. Special "On The Red Carpet" coverage begins at 1 p.m. ET/10 a.m. PT and continues all day leading up to the 94th Academy Awards ceremony. After the last award is handed out, stay with "On The Red Carpet" for continuing coverage. Be sure to follow @OnTheRedCarpet on Facebook, Twitter, Instagram and TikTok for all your Oscar news and information. Click here to download our CTV apps to watch "On The Red Carpet" wherever you stream.