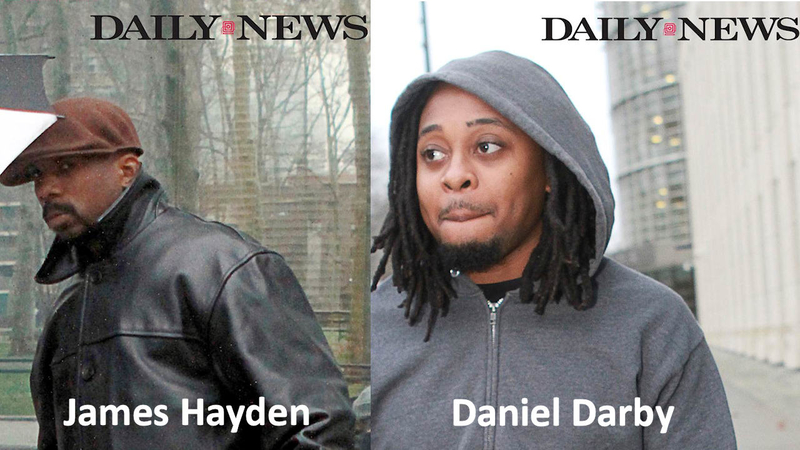 One mailman admitted he threw more than a thousand pieces of mail in the trash in Ozone Park, and another confessed to stealing dozens of letters and cards.

They are shocking allegations people in the area say are hard to believe.

They were entrusted to deliver countless personal and business items sent through the mail, but instead federal authorities say the two mailmen not only failed to deliver on the job, they broke the law.

A customer complaint about a missing $100 Visa card mailed to a Red Hook, Brooklyn, home first tipped authorities to James Hayden back in August.

During their investigation, Hayden was allegedly observed on surveillance cameras in his postal uniform making purchases with the stolen cards.

Investigators say Hayden also ordered items online with stolen cards and even had some of his purchases shipped to very post office where he works.

When finally confronted by authorities, Hayden allegedly confessed in writing that he's stolen nearly 50 gift cards amounting to $1,000 over the past year.

However, this wasn't the only special delivery to recently fall in the Feds lap.

Darby allegedly went through and dumped the mail in shopping bags he bought from a grocery store along his route.

When confronted by authorities, he claimed he was simply overwhelmed by the quantity of mail he was responsible for delivering.

Both mailmen appeared in court Tuesday facing a variety of charges.