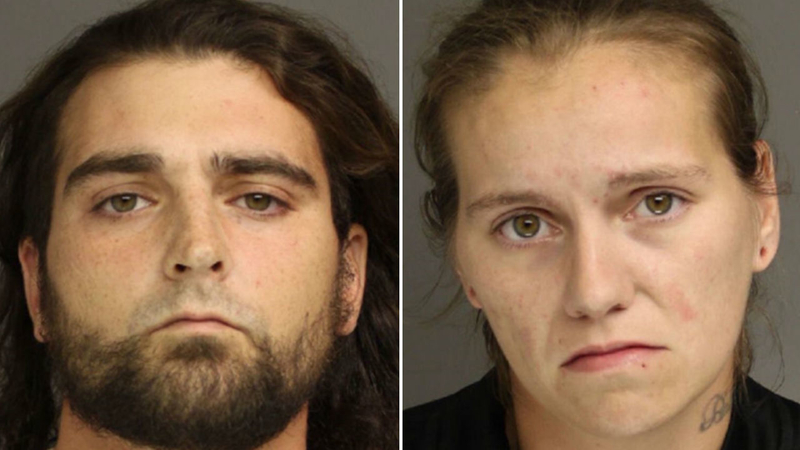 WEST FALLOWFIELD TWP., Pennsylvania -- Officials in Chester County said an 11-month-old infant required three doses of Narcan after he overdosed on heroin as his parents slept off their high nearby.

First responders arrived at a home in West Fallowfield Township on Wednesday night after a family member found the child unresponsive.

Police said they interviewed the child's parents, Kristen Bristow and Charles Salzman, Jr., and found they had ingested heroin and fell asleep in their car along with their child as they were parked behind their house.

According to officials, after the parents fell asleep the 11-month-old child found and ingested heroin while seated inside the vehicle.

Troopers from the Avondale Criminal Investigation Unit and the Forensic Services Unit responded to the scene and said they recovered numerous bags of suspected heroin/fentanyl and assorted paraphernalia from inside the family's home.

Bristow and Salzman were charged with aggravated assault, endangering the welfare of children, recklessly endangering another person and related charges.

Both were taken to Chester County Prison.

Officials said the 11-month-old was admitted at AI DuPont Hospital and is receiving treatment for the overdose.