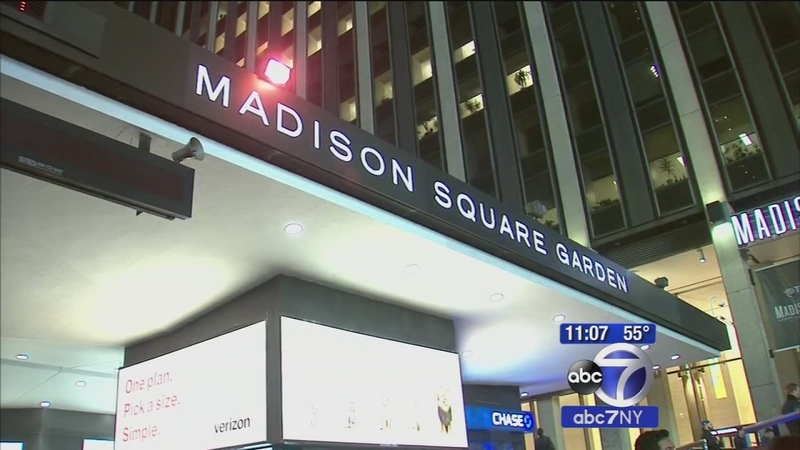 NEW YORK (WABC) -- At MetLife Stadium for the Giants vs. Patriots game on Sunday, there was a visible difference from a security standpoint. The NFL says its procedures have been certified by the Department of Homeland Security since 2008, but out of an abundance of precaution, they have increased a law enforcement presence both inside and outside football stadiums through the county.

At MetLife, cars rolled into the parking lot without being checked, and as usual, all fans were patted down as they entered. However, there were a lot more police officers, and heavily armored vehicles from the New Jersey State Police emergency response unit posted in the parking lot - not something fans see every Sunday.

The league also says all NFL clubs use mandatory metal detector screenings, and adds that they have been in communication with the Department of Homeland Security and the FBI, which have informed them that there are no known threats against NFL stadiums.

Fans attending the game say the extra security is a necessary precaution.

"There's definitely a lot more today than there's ever been, but as far as getting inside, they check you up and down," said Todd Hutchinson.

The NFL has banned large bags from being brought into stadiums since 2013. The only bags allowed inside are clear bags, or small bags like a purse.

Meanwhile at Madison Square Garden, the Knicks tipped off Sunday afternoon, followed by the Rangers game on Sunday night - the first major professional sporting attacks to be held in the city in the wake of the Paris terror attacks.

The Knicks said in a statement, "We have increased security measures at our games. We don't discuss the specifics on any of our security procedures."

The NHL says it has sent an advisory to all clubs to be on heightened alert.

The NBA adds that since the Paris attacks, 11 games were played on Friday night, with another 7 on Saturday, and 7 more on Sunday. No incidents were reported at any of those games.