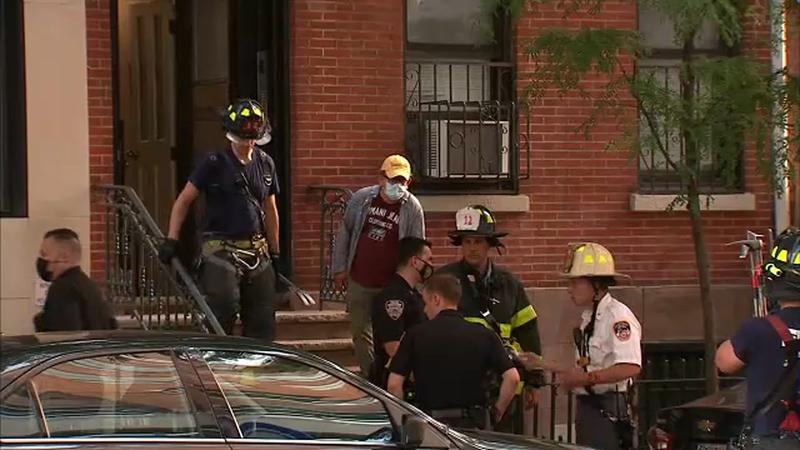 CHELSEA, Manhattan (WABC) -- The latest in a rash of recent structural failures throughout New York City, a balcony partially collapsed in Chelsea Friday.

Firefighters were called to a five-story building on West 15th St. just after 7 p.m.

They determined that a partial collapse occurred from a third floor rear balcony.

The metal cladding underneath the balcony became dislodged, falling into a backyard.

The Department of Buildings was investigating.

Thursday afternoon, one person was killed and at least three others were injured after scaffolding collapsed at a building on East 36th St.

Josh Einiger has the latest details on a scaffolding collapse in Manhattan that killed one and injured three.

Authorities say it appeared workers were doing facade restoration on the roof level of the 11-story building when a rigging platform gave way.
The incident sparked a call from City Councilman Ben Kallos to pass laws for stricter inspection of scaffolding and requiring building owners to maintain their buildings.

That morning, a large section of the wall of a building at a construction site on East 34th St. collapsed and was followed by a second collapse at the site hours later.
EMBED More News Videos

There were no injuries in that incident.

Three buildings on 17th St. in Brooklyn were evacuated Tuesday morning after part of a wall fell off of a home.

Department of Buildings inspectors determined that the exterior side wall had collapsed to the ground below.