WABC
By Eyewitness News
GARDEN CITY, Nassau County (WABC) -- Former Oyster Bay Town Supervisor John Venditto has been found not guilty on all counts, while the jury has been dismissed for the day to determine the fate of former Nassau Co. Executive Edward Mangano and his wife, Linda.

Jurors told the judge they were deadlocked Thursday evening.

All three pleaded not guilty to extortion, bribery and other charges.

Mangano has been accused of receiving bribes and kickbacks to help restaurateur Harendra Singh obtain guaranteed loans. Mangano's wife was charged with accepting a $450,000 no-show job.

Venditto's lawyer, Marc Agnifilo, originally said his client "got nothing of any consequence" from Singh, who he said had a "dark side."

On Wednesday, the jury asked for transcripts of testimony from Singh, who has pleaded guilty to bribing the County Executive and the Oyster Bay Town Supervisor. Singh testified against the men and was the Government's star witness. 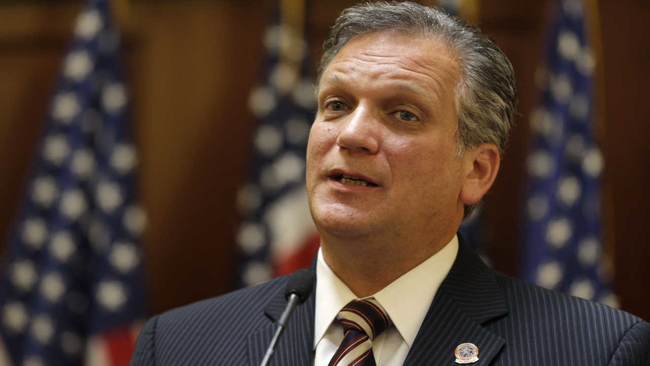