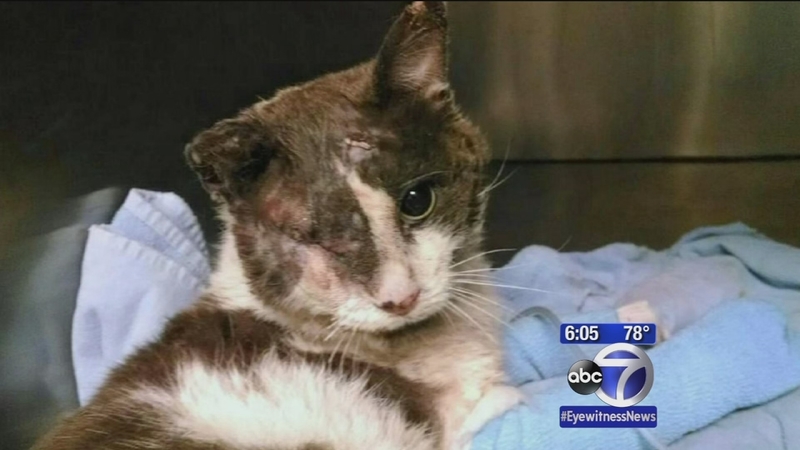 PATERSON, N.J. (WABC) -- Several elementary students in Paterson are suspended for animal cruelty, accused of beating a cat so badly it died.

The cat, named Quattro, was allegedly attacked by a group of kids from Public School 4 in Paterson.

He may have died in the initial attack, but was saved by a pair of brothers who saw the feline was suffering.

"My brother told me they were hitting the cat, and I went over there and the cat was on the floor and couldn't breathe. He was still throwing bricks on his head and I pushed him out of the way," said one of the brothers.

The boys did not want to show their faces because they live in a rough Paterson neighborhood. They are being hailed as heroes.

"The cat didn't do anything to them for them to do that," said one of them.

The boys tried to nurse the cat back to health, but realized the brick and stick attack caused too much damage. That's when they turned to Renee Olah of Chance at Life Cat Rescue to save the cat, which doctors named Quattro.

"For me, I just wanted him to get better. He was doing really well the day after the surgery, and then he got worse," said Olah.

Quattro's jaw was broken in several places so he couldn't eat, claws were missing, legs broken, and a week after the beating he was put down because he was suffering so badly.

"It's hurtful and disturbing to see this being done to an innocent animal," said Luis Vazquez of the Passaic County SPCA.