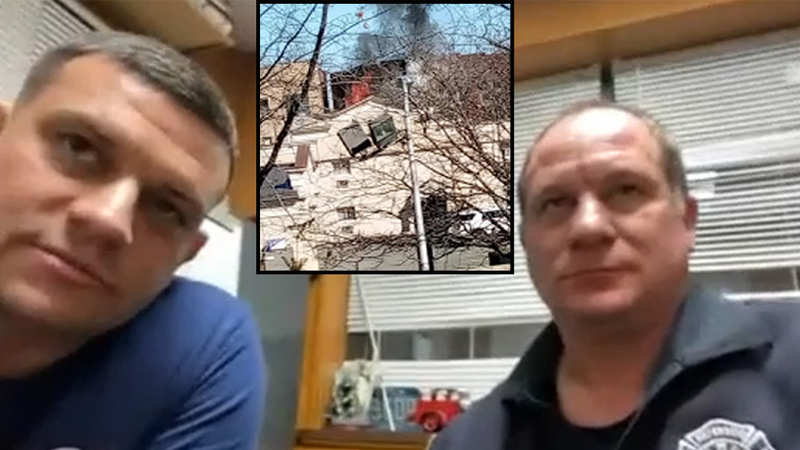 PATERSON, New Jersey (WABC) -- Two New Jersey firefighters are being hailed as heroes after rescuing a man and his 3-year-old daughter from a burning building in Paterson.

When firefighters arrived at the brick walkup on Fair Street Sunday morning, the father was holding his daughter over the railing of a second-floor fire escape as the flames drew closer.

"He probably started to panic a little bit and you know was ready to drop the daughter and we came and I told him 'No, no, don't do anything, I'm coming up,'" said Robert Santore, Paterson Fire Department. "I proceeded to go up the ladder of the fire escape, he handed the daughter to me, and I came about halfway back down. Brian was below me, I handed the baby off to him and I went back up to help the adult."

The father and daughter were taken to the hospital and are reportedly doing fine.

"It's just part of work. I mean, it sounds cliché, but it's just what we do every day," said Brian Hirschmanner, Paterson Fire Department.