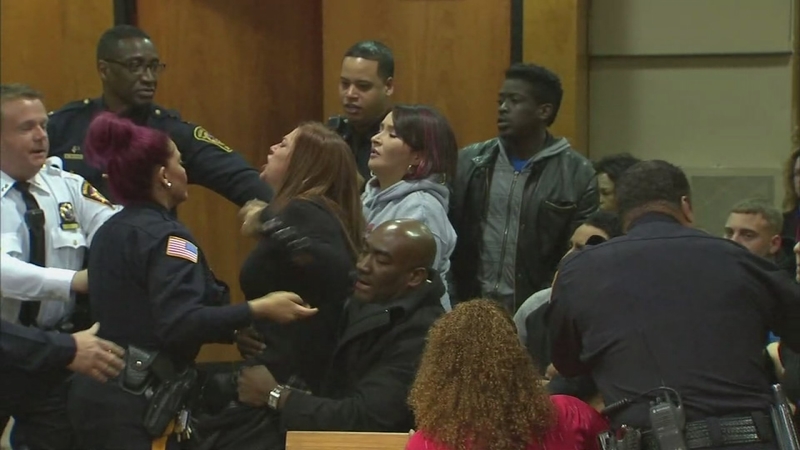 PATERSON, New Jersey (WABC) -- There was a dramatic outburst inside a New Jersey courtroom during a hearing for two men charged in a double murder that happened inside a celebrity's car.

The outburst happened after Clarence Williams and Gerry Thomas were denied bail and the bailiff was walking one of the suspects out of the courtroom.

One person is heard saying something in the background, and then a shouting match ensued. Two groups of people on opposite sides of the public seating area of the courtroom started screaming at each other. At one point, something is thrown across the courtroom.

The judge ordered that the courtroom be cleared.

One woman, who is the mother of one of the murder victims, is heard explaining to the bailiff that another person said something first that started the ordeal.

Both Williams and Thomas pleaded not guilty to murder. They were arrested Tuesday.

The victims' bodies were discovered inside a burning car in Paterson owned by reality TV star Kim DePaolo (Kim D), who is on the show "Real Housewives of New Jersey."

Her son gave the victims the keys to the car.