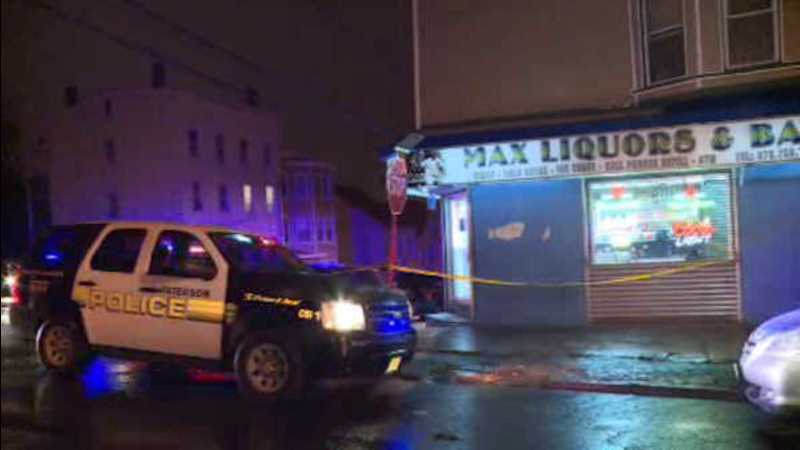 PATERSON, New Jersey (WABC) -- Police in New Jersey are looking for a suspect and a motive after a double shooting at a bar left a young mother dead.

The incident happened around 11 p.m. Monday at Andy's Liquors and Bar on North 7th Street in Paterson, where police a gunman walked inside and simply started shooting.

Nijatolle Simms, 27, was killed, while a man in his 30s is recovering after being shot at least once.

Family members said Simms, who has a 10-year-old son, was at a popular place where she liked to hang out with her friends.

"From what I'm hearing on the street, they came in this bar and started shooting and she was just shot up," mom Gloria Simms said. "I don't know why they would shoot her, because everybody loved Nija."

The two victims were standing about 10 feet apart at the time, and , and some believe she may have been an innocent bystander.

Liquor store clerk Willie Rodriguez said his co-workers on the night shift told him the gunman did't demand money and never tried to rob the bar, which leads authorities to believe the incident was targeted. But whether or not Simms was among the intended victims remains unknown. Simms' mother says her daughter knew the other person who was shot, but it is unclear if the two showed up at the bar together to hang out.