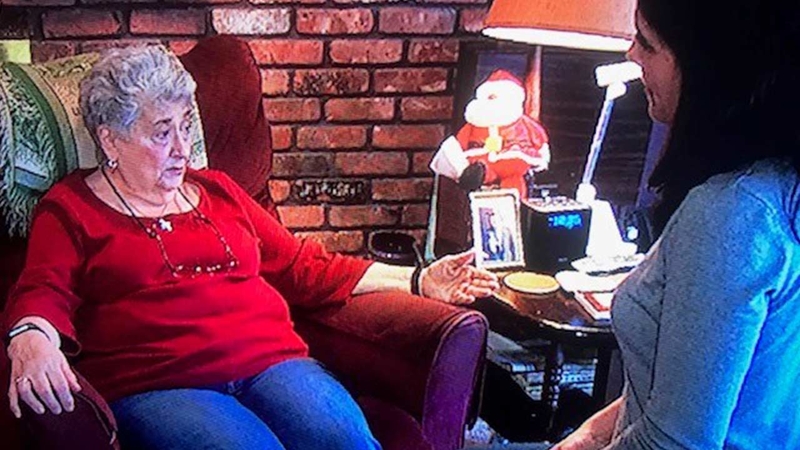 Chief Stuart Cameron said the department had received reports of 69 phone scams in 2018, compared to 63 in 2017.

In one incident last summer, authorities said a Dix Hills resident paid $800,000 in cash to what he or she believed was Publishers Clearing House.

In another, Huntington resident Rosemarie O'Rourke said she got a call on June 5 from a man claiming to be a Suffolk County police officer.

She was told that her grandson had been arrested on drug charges, and she needed to buy $8,000 worth of Best Buy gift cards to bail him out.

O'Rourke purchased the gift cards and gave the PIN numbers to the man when he called back.

She said the scam happened two days after the death of her husband, and she believes the scammers had read his obituary and targeted her knowing she was vulnerable. They referred to her husband's death during the phone calls.

"I feel very angry and very sad that I couldn't even mourn my husband the way I should," she said. "Because of this horrible thing."

Police played audio of a recent phone scam during a press conference Friday in which a Suffolk County resident received a message saying that if she did not call the phone number mentioned in the message, she would be taken into custody by "local cops."

"As there are more serious allegations pressed on your name at this moment, we would request you to get back to us so that we can discuss about this case before taking any legal action against you," the message said.

Officials are warning residents not to fall for these types of scams, some of which include phony calls from people pretending to be with the IRS and local utility companies.

"If it's a member of law enforcement or if it's somebody from the IRS or someone from a government agency that's asking you for something immediately, they're never going to mind if you ask them that you want to confirm their identity," Cameron said. "Ask for their name and their call back number."

Police said people should always ask to confirm the identification of the caller and should never give cash, wire money or give sensitive personal information to strangers. They said if you're in doubt about the authenticity of a phone call, hang up, call police or a friend or relative and tell them about the call you received.

If you fall victim to a scam, you should always call police.