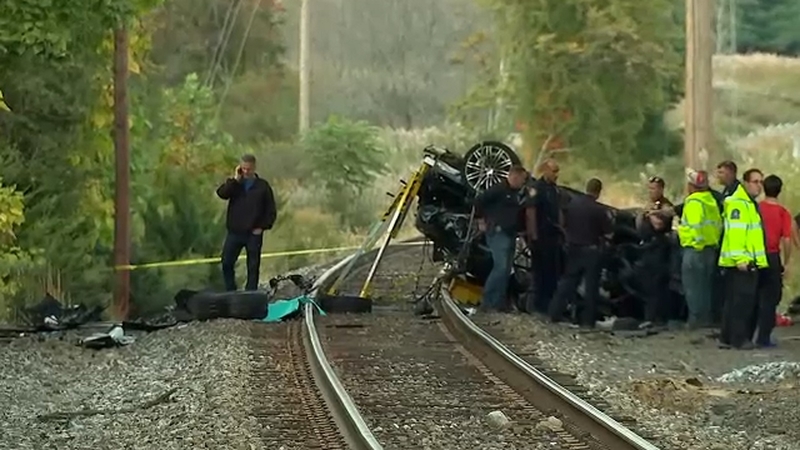 PEARL RIVER, New York -- Two teenagers were killed after a car crashed off of an overpass onto train tracks and burst into flames in Rockland County.

New Jersey Transit says the car went on the train tracks at West Crooked Hill Road and Railroad Avenue in Pearl River and then burst into flames.

The accident involved a Porsche and a Volkswagen Jetta. Two teens inside the Porsche, Saniha Cekic, 15, and Altin Nezaj, 17, were pronounced dead at the hospital.

State Route 304 will be closed for the foreseeable future due to the active police investigation.

The Pascack Valley Line of the New Jersey Transit system is currently closed as well and will reopen when maintenance crews assess damage to the tracks when the police investigation is complete.