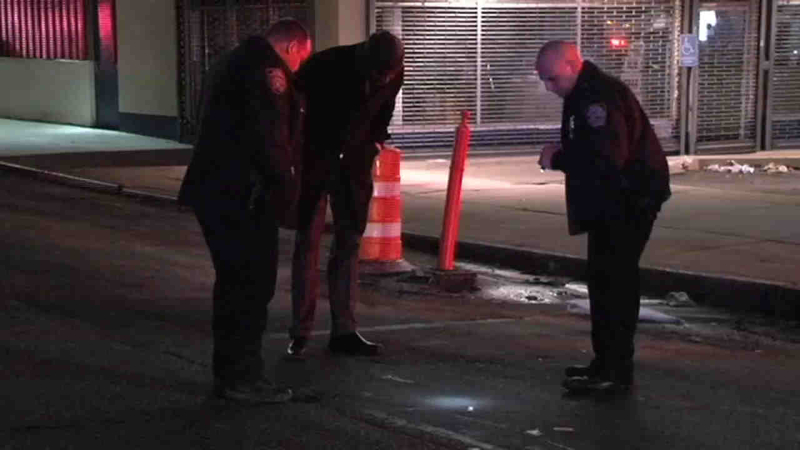 CANARSIE, Brooklyn (WABC) -- Police are investigating after a woman was killed in a hit-and-run in Brooklyn Wednesday.

Around 7:15 p.m., police responded to Flatlands and Louisiana avenues in Canarsie.

A woman was found on the road with head trauma. A dark-colored SUV had been traveling west on Flatlands, then tried to turn right onto northbound Louisiana Avenue.

Police said Evedette Sanchez, 39, of Brooklyn, was crossing Louisiana in the crosswalk when the SUV hit her with its front bumper. The driver fled north on Louisiana, according to the New York City Police Department.

Sanchez was taken to Brookdale Hospital where she was pronounced dead.

She leaves behind a husband and three children. Her family questioned Thursday how the driver could just keep going.

"We're looking for this person to be caught ... we need that justice," said Willie Harrison, Sanchez's cousin.

There have been no arrests. The investigation remains ongoing.