Pedestrian killed while walking dog across street in Bay Ridge 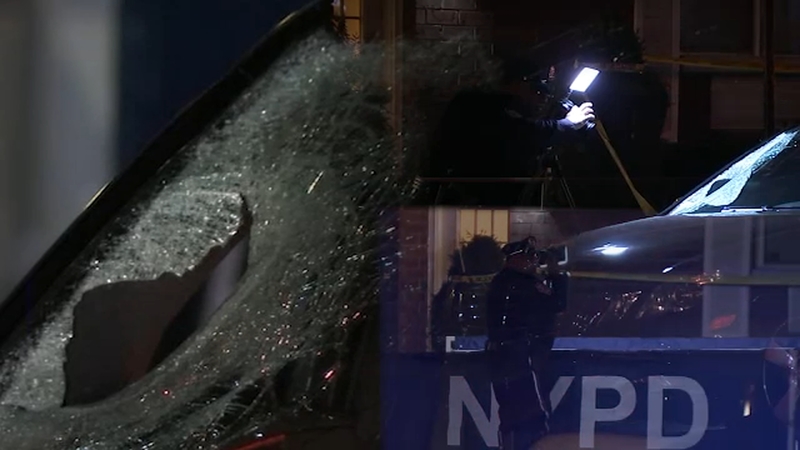 BAY RIDGE, Brooklyn (WABC) -- A 66-year-old man was fatally struck while walking his dog across the street at an intersection in Brooklyn, police say.

The victim was struck by a 19-year-old male driving a Mercedes Benz on Fourth Avenue in Bay Ridge.

Stone was sitting in his car when a Mercedes behind him had hit a man who was walking his dog across the street.

"I thought at first they hit my mirror, but actually they hit a person," he said. "And the person flew and hit the mirror, and ended up by the tree."

The body of the victim had gone airborne, slammed into his car and then landed lifeless on the sidewalk. As for the man's dog, it was left helpless and alone.

"The dog was actually on the corner by the park, limping and crying actually," eyewitness John Gercek said. "The dog was scared and just ran to the park."

Eyewitness News has been told that a family or neighbor of the victim took the dog to a vet. The dog was said to be limping, but there is no word on its condition.

The driver stayed on the scene and his family rushed to be with him as police tried to figure out who was at fault.