Large altercation breaks out in Midtown after cab hits teenager 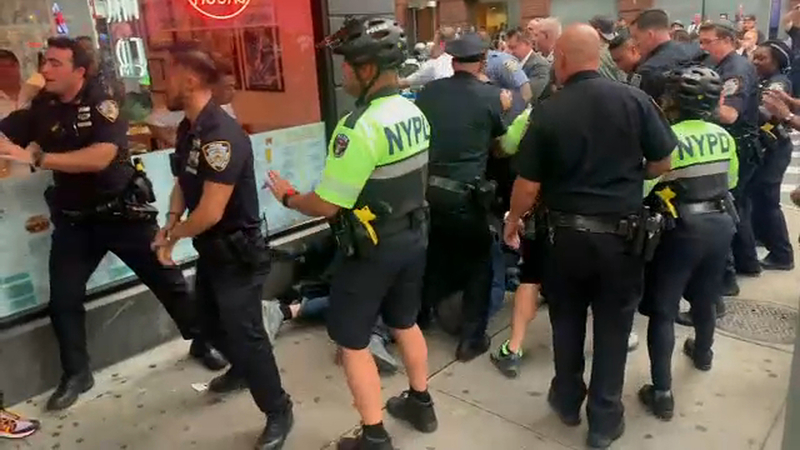 Large altercation breaks out in Midtown after cab hits teenager

MIDTOWN, Manhattan (WABC) -- A wild scene unfolded in Midtown Manhattan Thursday after a taxi cab struck a teenager, touching off a large altercation.

The accident happened at 52nd Street and Eighth Avenue.

An 18-year-old male who had just gotten out of school was hit, suffering minor injuries.

But five or six other teens jumped on the hood of a cab in what the driver said was a case of mistaken identity.

They apparently thought he had struck one of their friends, but he said it was actually another cab driver who had hit the teen.

Video from the scene showed paramedics and police trying to get the victim into an ambulance. When he started fighting with them, his friends also began fighting with police officers who were trying to maintain order.

Police say five members of the NYPD were injured as they tried to break up the melee. At least two required treatment from paramedics at the scene.