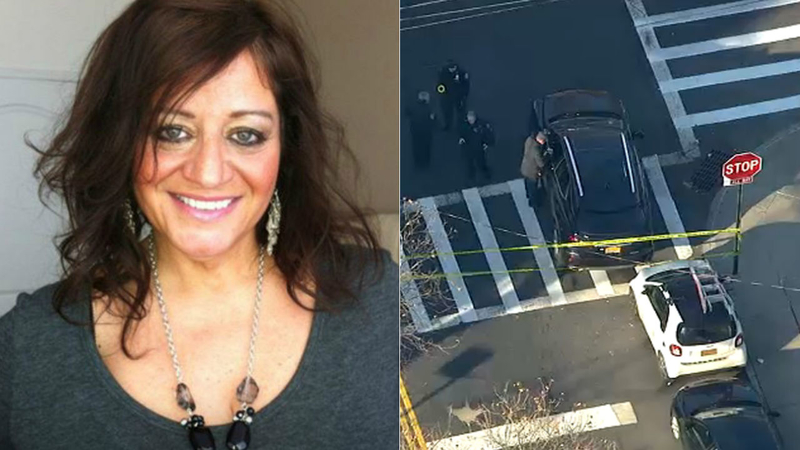 GRAVESEND, Brooklyn (WABC) -- Police have arrested a suspected hit-and-run driver after a woman was fatally struck in Brooklyn Tuesday morning.

The 57-year-old victim, identified as Francine LaBarbara, was run down while walking at West 2nd Street and Avenue Y in the Gravesend section around 8 a.m.

Investigators say she was carrying groceries when she was struck in a crosswalk by a driver who fled the scene.

"I just looked out my window, and I saw a lifeless body," neighbor Esther Chalouh said. "I just saw groceries on the side. It's just sad. It's very sad. It's worse that the person who did this ran. I mean, have at least the moral values to stick around, you know?"

"Her legs were twisted, so it seemed like she must have been hit very hard," he said. "You know, when I felt her pulse, she had no pulse at that point."

She was rushed to Coney Island Hospital, where she was pronounced dead.

LaBarbara was a single mother of teenage twin boys and was the marketing director of Williamsburg's Bagel Store, best known for its unique colored bagels.

"I grew up here, Francine grew up here, and we all know how things work around here," he said. "Somebody saw it, and someone knows who did it. And I would like to say to the person who did it, you shall take this to your grave. The brave thing to do, the right thing to do is to turn yourself in."

Authorities announced Wednesday morning that 55-year-old Susan Liebowitz had been arrested in the crash. She is charged with leaving the scene of an accident, failure to yield to a pedestrian and failure to exercise due care.