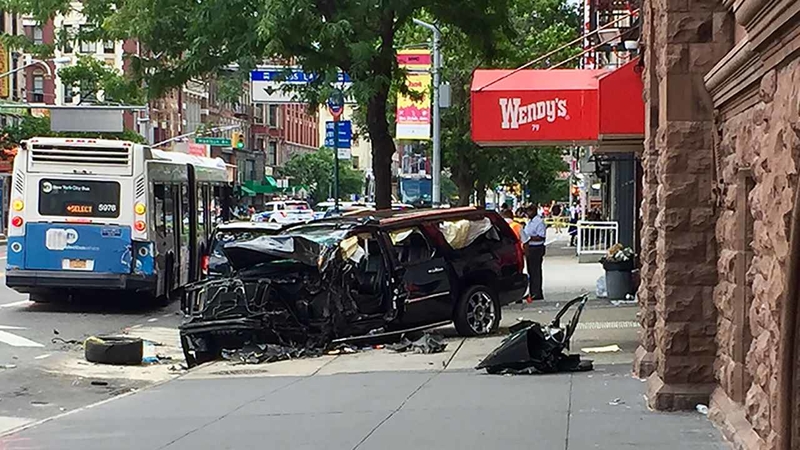 Pedestrians were hit, apparently when the SUV hit an MTA bus and jumped onto the sidewalk, near 79 E. 125th St between Park and Madison Avenues. Many of those who were injured were waiting at the bus stop.

The SUV, which was totaled, had TLC plates. First responders had to break its driver free.

The incident happened around noon, between Park and Madison avenues.

A man working at UpTown Wine & Liquor nearby said he saw a van strike the back of a city bus. The van then careened onto the sidewalk and hit pedestrians before it struck a hydrant, the man said. He saw at least three victims on the ground.