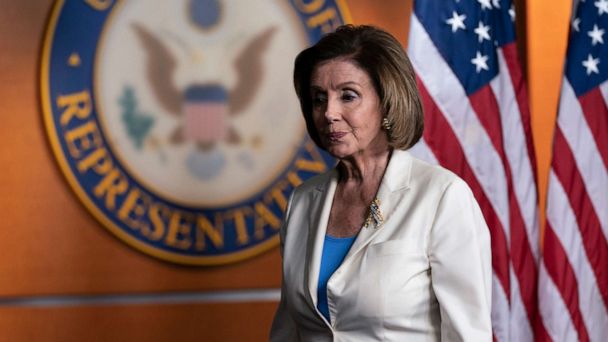 House Speaker Nancy Pelosi announced Thursday the House of Representatives will create a select committee to investigate the Jan. 6 attack on the U.S. Capitol after Republicans blocked a bipartisan proposal for an independent, bipartisan commission.

"This morning, with great solemnity and sadness, I'm announcing that the House will be establishing a select committee on the Jan. 6 insurrection," Pelosi announced at her weekly news conference.


"A temple of our democracy was attacked by insurrectionists," she said. "It is imperative that we seek the truth as to what happened."

She said, "The select committee is about our democracy, about ensuring that the Capitol dome remain a symbol of freedom."

"January 6 was one of the darkest days in our nation's history...It is imperative that we establish the truth of that day, and ensure that an attack of that kind cannot happen and that we root out the causes of it all. The select committee will investigate and report on the facts and the causes of the attack and it will make report recommendations for the prevention of any future attack," Pelosi said.

She has not yet named a chair for the committee, though aides and lawmakers have rallied around House Homeland Security Chairman Bennie Thompson as the best candidate.

Pelosi said details of the committee, which would include Republican members, will be released in the coming days. She said she hopes House Republican Leader Kevin McCarthy will appoint "responsible" GOP members to the committee.


She did not say whether or not the committee will call on McCarthy to testify about the events of the day and his phone call with former President Donald Trump. She said that's for the panel to decide, but added, "It is clear the Republicans are afraid of the truth."

Pelosi has long insisted that she wanted an outside bipartisan commission to investigate the attack but legislation to establish the commission was blocked by Senate Republicans last month. Pelosi said she will keep trying to establish a commission and noted that the 9/11 commission took 14 months to launch.

Pelosi said the select committee will take "as long as it takes" until it reaches a final report.

The committee will require a majority vote in the House to be established.