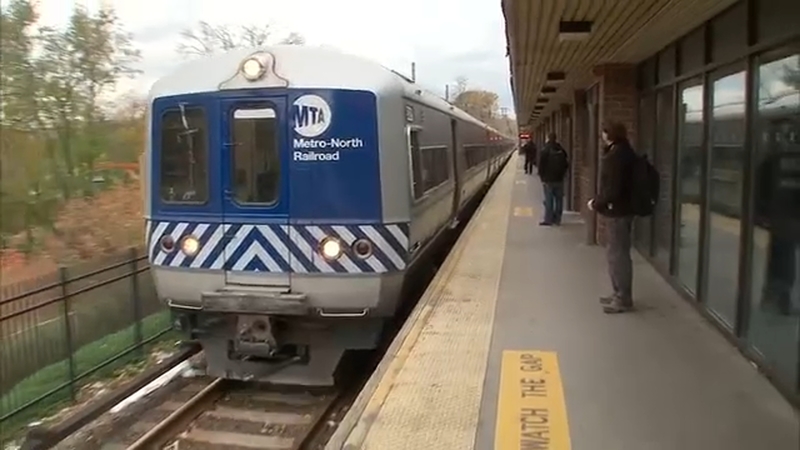 MORRIS PARK, Bronx (WABC) -- New York officials and key stakeholders spoke out Friday in support of the expansion of Metro-North service to the East Bronx.

The Penn Access Project is a plan to provide a vital rail connection for Westchester County to the west side of Manhattan and the East Bronx. It would include four new Metro-North train stations to serve thousands of riders in East Bronx Communities, and it would utilize an existing rail line.

The new stations would use an Amtrak line that splits from the New Haven line entering the Bronx, bringing passengers into Penn Station.

While Amtrak owns the rail line and train station property, it and the MTA have yet to reach a final agreement.

"Every time they (the MTA) are ready to come to the table and sign, Amtrak wants to renegotiate," Bronx Borough President Ruben Diaz Jr. said.

Amtrak officials said they are trying to reach an agreement on a number of key issues regarding design, construction and ultimate train operation of this project.

Most East Bronx residents are all for the new expansion and said it would be easier for people to commute and create more job opportunities.

The railroads are being encouraged to reach an agreement for the sake of commuters.

"We need the opportunities to travel to bring new opportunities in and to push others out to create more," New York state Assemblyman Nathalia Fernandez said.