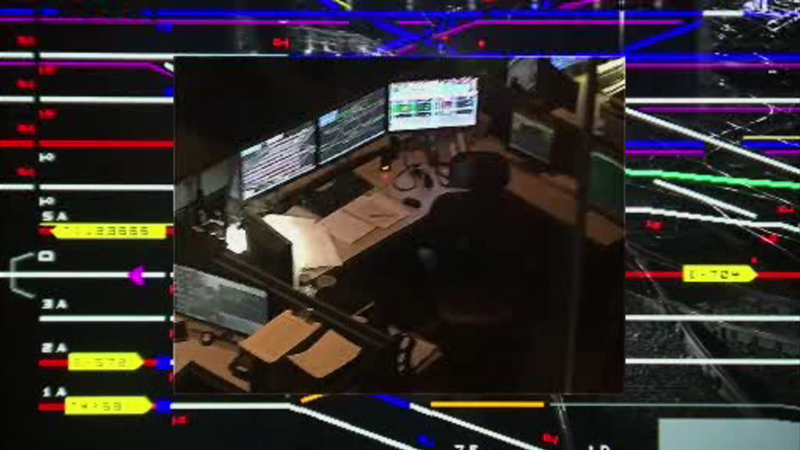 NEW YORK CITY (WABC) -- Repairs are well underway at Penn Station, and commuters are continuing to suffer through delays and cancellations. While all this is happening, the Penn Station Central Control is navigating the movements of 1,300 Amtrak, New Jersey Transit and Long Island Rail Road trains that come through Penn Station each day.

Sixty-six train dispatchers work in the secret station around the clock, each responsible for different portions of the 97 miles of tracks between just outside Philadelphia and up the Northeast Corridor, past Newark and Secaucus, and through six tunnels into 21 tracks that make up the vast Penn Station.

"(One dispatcher) controls a segment of track between Holmesburg and just east of Trenton, and that's his railroad and everything that happens on his or her railroad," Amtrak Deputy Manager Steven Young said. "It's their job to display signals, move the trains by schedule, by time."

The work of the dispatchers is now more challenging due to Amtrak's major repair and replacement work, which takes out about three tracks a day. To accommodate that, there are 158 fewer trains spaced apart every 3 1/2 to 4 minutes.

"So if something happens, a track circuit or a switch failure that happens, it does delay two or three trains that are there," Young said. "But it doesn't snowball into the whole rush hour being a disaster."

In the event of a major problem such as the derailment in April, it's all hands on deck.

"The first priority is to the derailed train," Young said. "The second priority is for the trains that are approaching, to get them in safely. And after they have gotten all of that taken care of, now they start to put a plan together on how much service we can support."

Unlike the decades-old switches being used inside Penn Station, the control center uses the latest technology. But even then Amtrak officials say it will need an upgrade.