ALLENTOWN, Pennsylvania -- A man who died with two others in a car blast last weekend had sent letters to family and police indicating he used an explosive to kill himself, his toddler son and adult friend, investigators said Thursday.

"This was an intentional act by Jacob Schmoyer," Special Agent Don Robinson of the Bureau of Alcohol, Tobacco and Firearms said at a news conference.

Schmoyer, 26, sent out the letters the day of the explosion in Allentown that killed him, his 2-year-old son Jonathan "J.J." Schmoyer and a friend, 66-year-old David Hallman. One letter was delivered Tuesday, the rest on Wednesday, and were dated Sept. 29, Robinson said.

"He was miserable," Robinson said. "Basically, the four letters described a miserable life, he was unhappy with himself. ... He admitted to a number of criminal acts, and he didn't think it was going to get any better. There was a lot of hatred there, some directed at Mr. Hallman and some at his son."

The criminal acts were described as ranging from petty thefts to burglaries.

It wasn't clear why Schmoyer involved Hallman, but Robinson said Schmoyer "lured" Hallman out to his vehicle on the night of the blast, which scattered debris and body parts over several city blocks.

The investigation showed the homemade device, composed of two unspecified explosives, was either in the center console of the vehicle or near the passenger seat. Schmoyer was in the driver's seat, Hallman in the front passenger seat and the toddler in a car seat in the back.

Schmoyer's grandmother, Kathleen Pond, told WFMZ she received a letter Wednesday. She did not detail its contents, but said, "I really did believe he would never do this, maybe in my heart I knew he would do it to himself, but never to JJ."

The three were found dead after the 9:30 p.m. Saturday blast, according to Lehigh County Coroner Scott Grim. He said the three died from traumatic injuries related to the explosion.

Resident Carlos Perodin told The Morning Call of Allentown that he was watching a movie with his wife when he heard a thunderous explosion and went to the scene.

"The fire was crazy," he said. "The car was pretty much split in half."

Stephanie Connelly, who saw the aftermath of the explosion, told The Morning Call that she saw body parts strewn across the street.

A bus station was turned into a makeshift command center with armored vehicles, dozens of police cruisers, mobile command units and even portable bathrooms, the paper reported. Several portable tents were also erected for evidence processing.

Residents were asked to avoid the area, and people who live nearby were asked to shelter in place. A shelter was set up at an elementary school.

Some residents in the area were able to return to their homes Wednesday afternoon.

The owners of a few homes heavily damaged by the explosion may not be able to return for several days, Assistant Chief Gail Struss of the Allentown police told the Morning Call. 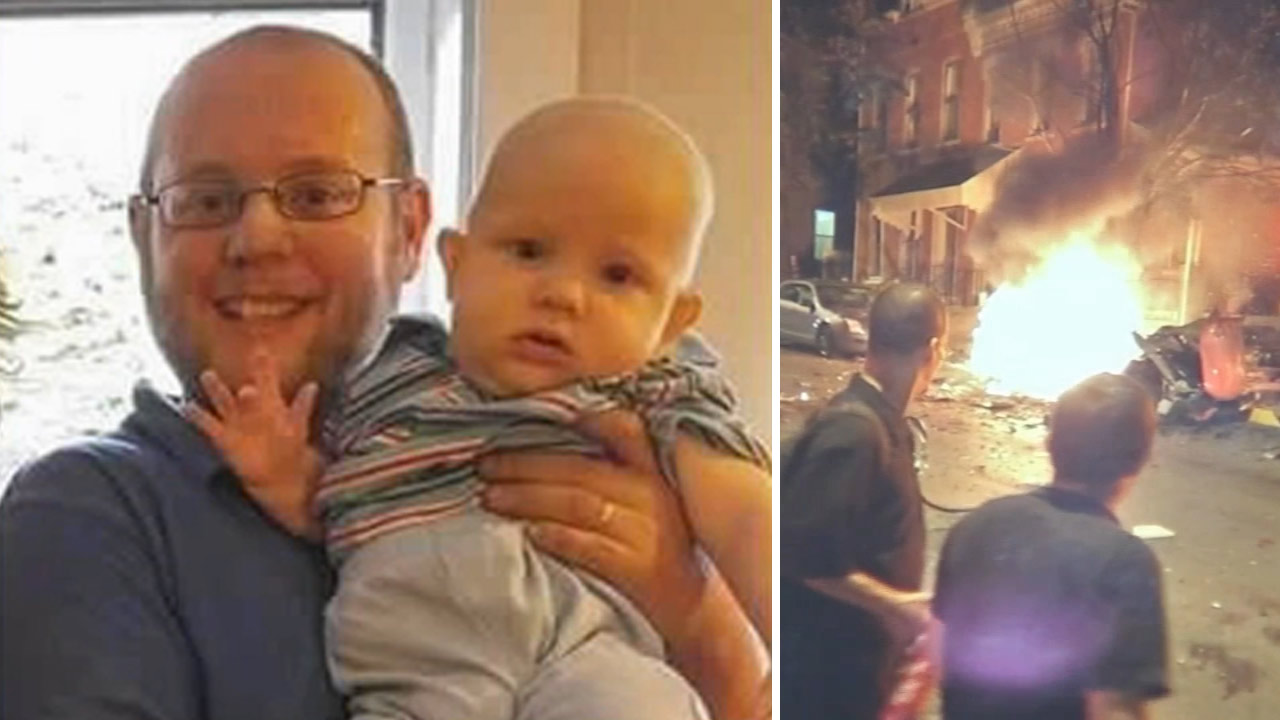