Man Tased by Lancaster police while sitting on curb speaks out 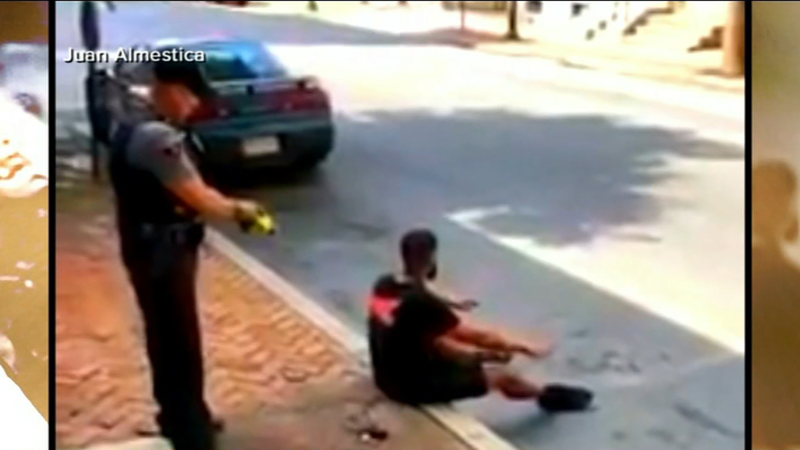 Man hit with stun gun by Lancaster police speaks out

LANCASTER, Pennsylvania -- A man who was hit by a stun gun that was fired by a police officer in Lancaster, Pennsylvania, spoke out about his controversial arrest on Good Morning America.

Cell phone video from last month shows an officer using that stun gun on Sean Williams while he was sitting on the curb.

Though it doesn't appear he was threatening officers, the police department claims Williams was not complying with commands.

Williams said that was getting conflicting orders from police.

Williams doesn't believe the incident wasn't racially motivated, but rather it was incompetence.

"I don't believe it was driven by race -- it was driven by the fact of the matter that the police were not doing their job right," Sean Williams told "GMA." "At the end of the day, I followed every directive that was given to me, and I feel as though no matter what race you are, what color you are, what background you are, that should not be done to you as a man or as a woman or whoever you are."

Williams has filed an excessive force lawsuit against the department.

"Nobody should be Tased in the back in a situation where they're not doing nothing wrong," he said. "If they're following every directive that's being given to them, there's no reason that somebody should get stunned in the back to the point where they could be traumatized for the rest of their life."

READ MORE about this story on ABCNews.com