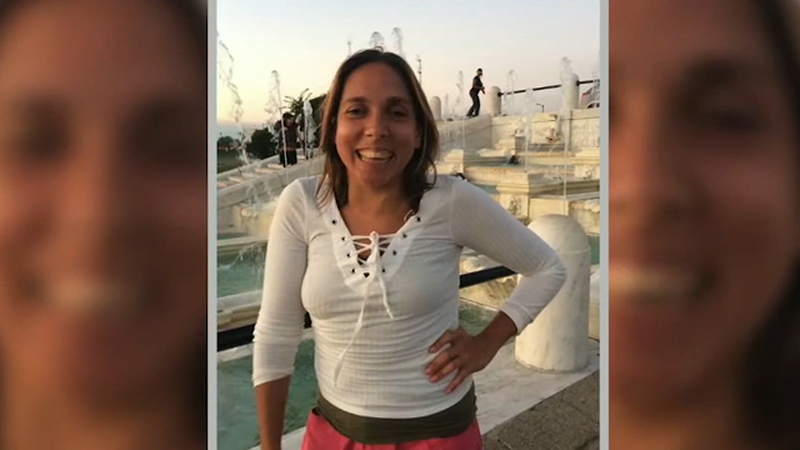 DETROIT (WABC) -- A blind American woman from Michigan has gone missing after traveling to Peru for a wedding.

Relatives say 35-year-old Carla Valpeoz has been missing for nearly a week in the South American country. She was last seen on Dec. 12 after she returned to a hostel from a nightclub in Cusco.

Her brother in New York City is desperate for answers.

His phone holds Carlos Valpeoz's final memories of his sister. Her text message on her birthday, Dec. 8th, was filled with love and joy.

"I hope you're having the best time," he had texted her. "Yes, was at the beach all afternoon, you guys would have enjoyed it so much," she replied.

The next day, Carlos texted her again. "Hey Carla, how was your trip to Macchu Picchu?", he texted. "I never heard anything again from her," Carlos said.

Her brother describes her as fearless. "It's not unlike her to embark on trips by herself, she's done it before all over the world," he said. "She's very a well-versed traveler despite her disability."

But last week, after a side trip to Machu Picchu, Carla disappeared. She left the hostel she was staying at and took a taxi to a bus station.

His father is in Peru now looking for Carla. Police there seem to have no answers as to what happened to a woman whose disability left her embracing life.

"She wanted to experience as much of the world as possible before her world goes dark," said Carlos.

The State Department says it's aware a U.S. citizen has been reported missing in Peru, but declined further comment, citing privacy concerns.

You can hear more from the family and get the latest on the search Wednesday on Good Morning America beginning at 7 a.m. on Channel 7.