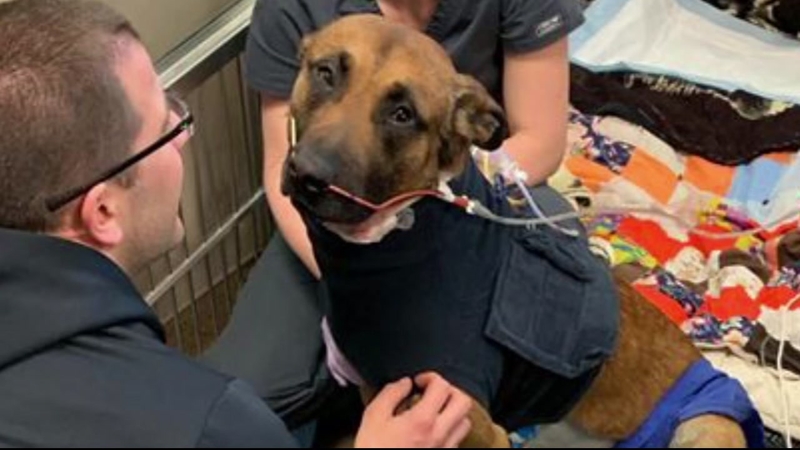 GREEN BAY, Wisconsin -- A Green Bay police K-9 is in the intensive care unit after he was stabbed in the neck while taking down a suspect.

After two surgeries, officials say Pyro is in critical, but stable condition.

We have very high hopes that he's going to survive this incident," said Smith. "Much higher than our hopes were this morning when it looked like he had a less than 50 percent chance of survival."

Police say the suspect was threatening his family on Sunday and wouldn't stand down.