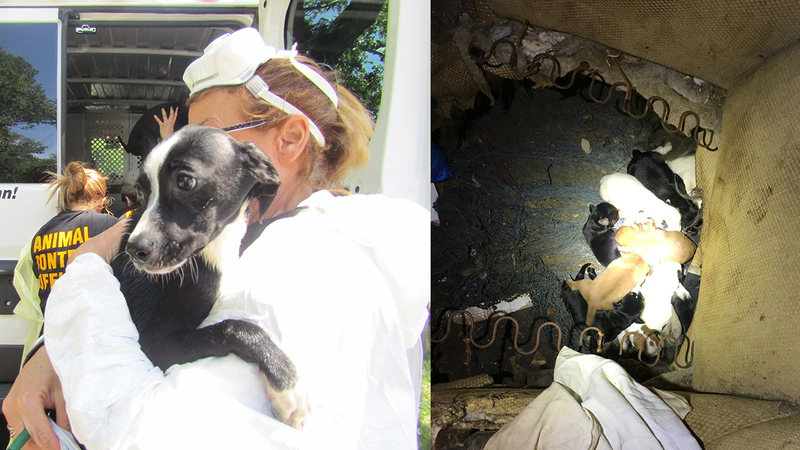 Evelio Calderon, 40, of Roselle, is charged with two third-degree animal cruelty offenses, 14 counts of fourth-degree animal abuse by failing to provide care, and 15 counts of failure to provide necessary care to an animal, a disorderly persons offense.

The charges were filed after the dogs were medically evaluated by veterinarians.

Authorities, health department workers and animal welfare groups went to Calderon's home in the 700 block of Thompson Avenue in June. They say the dogs had been locked inside the home for an unknown amount of time and were forced to relieve themselves indoors.

They ranged in age from puppies to older dogs, varying widely in breed and size. Several were treated there for acute injuries that included open sores, malnourishment, joint problems and eye issues.

Additional injuries to the dogs outlined in the charges served on Calderon included visible worms, infected wounds, scars, scratches, and overgrown nails with related lacerations. One of the dogs was missing an ear, while another was missing its tail.

Members of the Cranford-based Traveling Paws Animal Rescue assisted in attending to the dogs, which were taken to four shelters scattered across New Jersey, including the St. Hubert's Animal Welfare Center in Madison, The Last Resort Animal Rescue in West Milford, and the Edison and Montclair municipal animal shelters. Officials say many have already been adopted.

Calderon could face years in prison if convicted.