Kansas man finds 7-foot boa constrictor in couch; snake might have been there for months 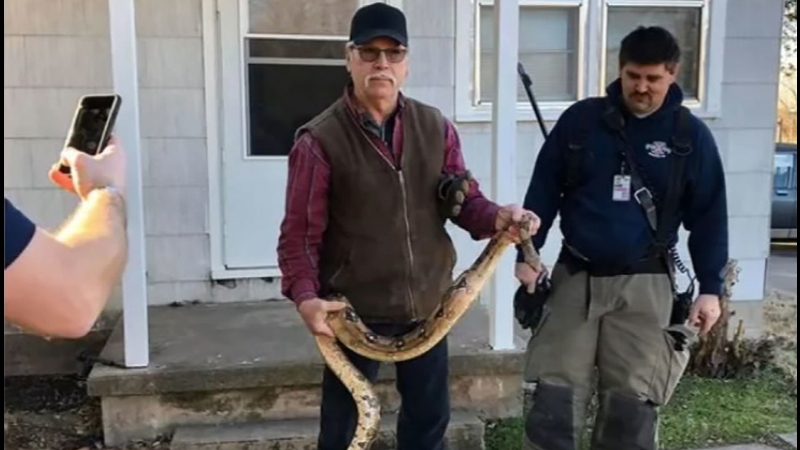 Kansas man finds 7-foot boa constrictor in couch; snake might have been there for months

ROSE HILL, Kan. -- A Kansas man looking for his keys in the couch cushions was surprised when he found a 7-foot snake instead.

"Wakes up, starting getting ready for work, looks for his keys, thinks he might have dropped them in his couch cushion, reaches in and finds an unexpected visitor inside the couch," Rose Hill police Lt. Taylor Parlier told KAKE.

He called the police, and they brought in Melvin Linot, a volunteer firefighter who happens to love snakes.

"Put my heavy fire gloves on, went in the house, folded the hide-a-bed out and started pulling him out of the bed, he was very calm, very gentle, so I took my gloves off and got him out of there," Linot said. "He was cold because he had been down there for a while."

Local officials think the snake had been there several weeks to a few months.

"Curious how a 6- to 10-foot constrictor was able to get inside a person's couch in Rose Hill, Kansas," Parlier said. "The best we can figure is that it belonged to somebody else in the neighborhood."

The snake was taken to a nearby pet shop until the owner claims it, or it's adopted.