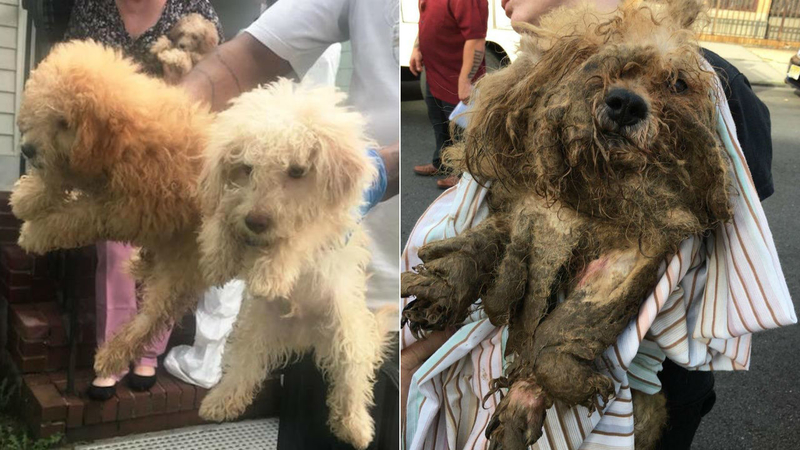 ELIZABETH, New Jersey (WABC) -- More than 50 animals have been rescued from unsafe and unsanitary living conditions over the last month in Union County.

Authorities announced Tuesday that at least one person has been arrested and charges are pending against another in connection to the two separate investigations.

In the most recent case, social media tips led investigators to a home in the 600 block of Chetwood Street on Aug. 17.

A total of 39 dogs and a similar number of cats -- ranging in age from newborns to seniors -- were rescued from the home.

Officials said the animals had never received any veterinary care during the course of the lives.

Charges remain pending in the case.

On July 24, a health department inspector noticed two dogs being kept in unsanitary conditions inside crates on Rosa Montero's property in the 200 block of Fulton Street.

Authorities responded to the property where a total of 13 dogs were removed from her home. Authorities said they were suffering from serious skin problems, hair loss and matting so severe that some of the animals' limbs were rendered useless.

The two dogs inside the crates were missing several teeth and required dozens more to be removed.

The dogs were taken in by several different rescue organizations where they were groomed and given medical attention.