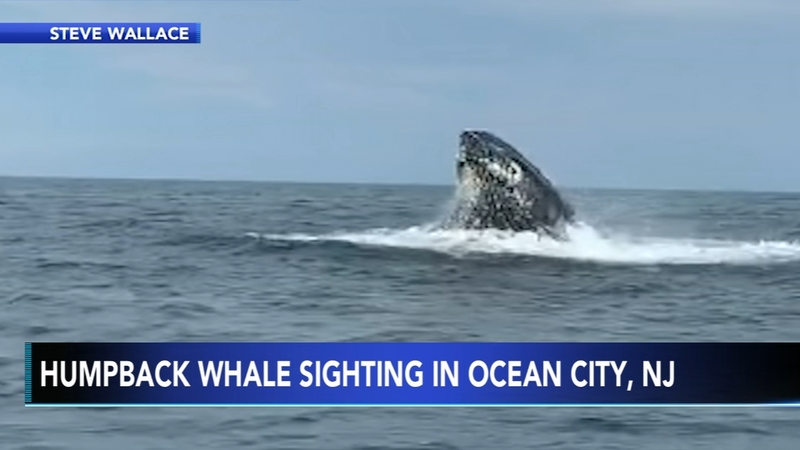 NEW JERSEY -- It was a simply magnificent site in the Atlantic Ocean off the coast of Ocean City, New Jersey.

A father and son out on a fishing trip spotted a humpback whale not far from the shoreline.

The Cherry Hill child and his dad were fishing at the north end of Ocean City near the Great Egg Harbor Inlet when they saw a pod of dolphins.

They also saw a circling school of bunker fish, which Steve says was a precursor to the big moment he caught on camera.

"So I just knew to focus the camera on that group of fish - at the very least the dolphins are going to go crazy - and then a huge humpback whale breaches out of the group of bunker fish," he said.

Steve said the whale was just 30 or 40 yards away from the boat.

"My dad has been down there for fishing for 35 years and never even seen a humpback whale," he said.

Steve said he never suspected he'd have such a close encounter with a whale so close to home.

"I still can't believe that was a mile off the Ocean City beach," he said. "You think that's out deep in the ocean, not right off the Great Egg Harbor Inlet."

"It's like National Geographic right in front of your eyes," he said.