Reward doubled for arrest in beating, burning and dumping 3-week-old puppy in Coachella

KABC
COACHELLA, California -- A reward has been increased to $20,000 for information leading to the person responsible for injuring and abandoning a 3-week-old puppy in Coachella.

The pup named Hope was treated in an intensive care unit after she was found in a dumpster in a plastic bag with her tail cut off and part of her skin burned off.

Someone who was rummaging through trash on the afternoon of May 5 at a shopping center at 49849 Harrison St. heard the puppy crying. That person found the puppy in a plastic Walmart bag with serious injuries. The owner of a local jewelry store brought the puppy to emergency care. 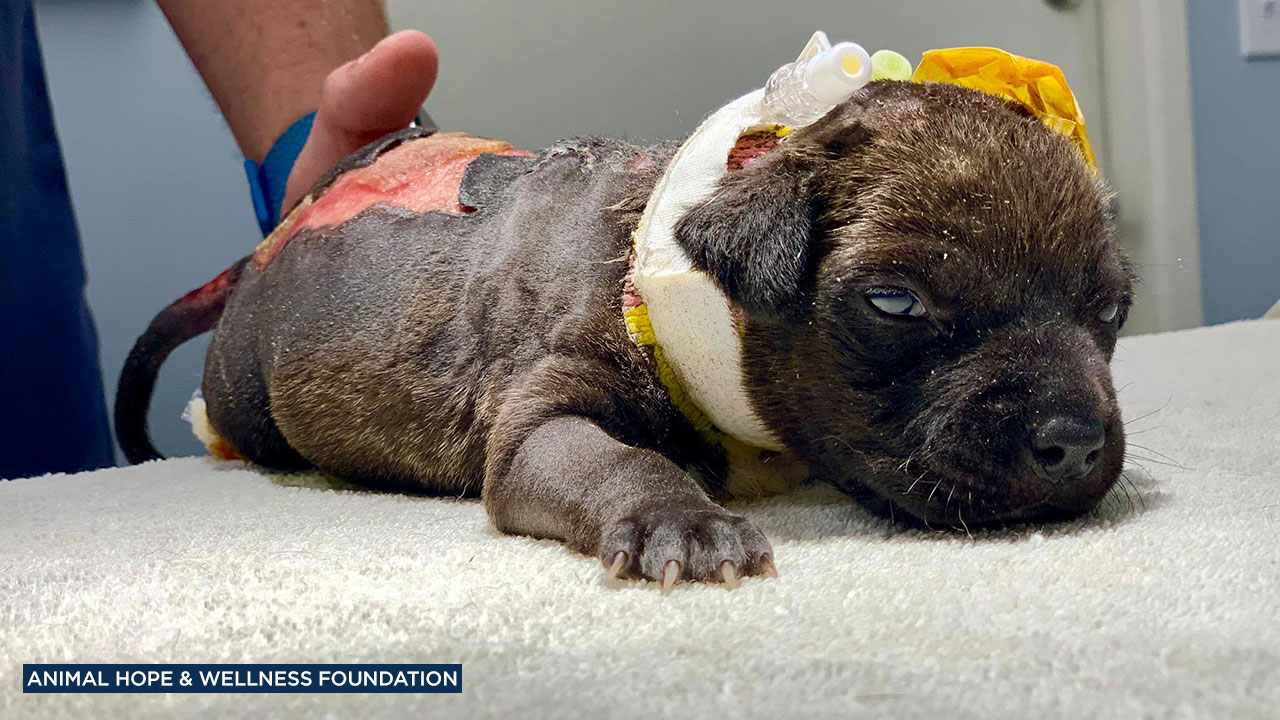 Animal rescue officials say Hope had some of her tail cut off and cannot walk after she was beaten. She was also burned with a caustic substance or a metal object like an iron.

The Animal Hope & Wellness Foundation on Saturday upped the initial reward for information leading to the person responsible for injuring and abandoning Hope.

"We received a number of anonymous tips, and remained hopeful that the person responsible will be caught," the rescue group said in an Instagram post.

Hope is currently under 24-hour care at McGrath Veterinary.

"It is undetermined if she will ever walk again, but owner Brian McGrath is confident she will pull through and survive," Animal Hope & Wellness Foundation wrote.

Animal Hope & Wellness Foundation said Hope was dumped just two blocks down the street from where those puppies were found. One of the puppies in that case later died, and the others have since been recovering.