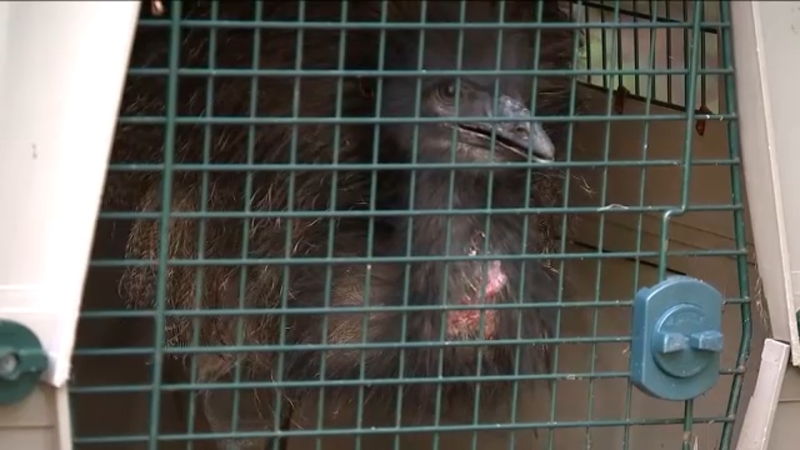 PATERSON, New Jersey (WABC) -- A runaway emu was captured shortly after it apparently escaped on Tuesday morning in New Jersey.

The bird was spotted running near the Paterson-Totowa border around 9 a.m.

Animal Control officers responded after getting a phone call from a woman about the bird.

The emu is now being held at a shelter in Paterson.

"You don't see too many stuff like this in Paterson, New Jersey, I mean I've seen elephants running down the street, I've seen geese, I've seen just about everything, but an emu like this, the lady said it was like something from Outer Space - so was it hilarious, yes, but thank God nobody got hurt," said John DeCando with Paterson Animal Control.

Animal Control is not sure where the emu came from, but it will be transferred to Franklin Lakes Animal Hospital to be checked out.

Volunteers for Wildlife operates the largest wildlife hospital on Long Island, admitting well over 2,000 injured & orphaned animals each year. Since 1982, they have been able to help over 30,000 animals.