BELLMORE, New York (WABC) -- Approximately 400 animals, mostly birds and turtles, were seized from a home Tuesday in what is being called Nassau County's largest animal seizure.

It sounded like the rainforest living next to the home on Ocean Avenue in Bellmore.

The family shared the house with more than 250 birds, many of them beautiful, most of them exotic, and all of them loud.

"Oh, yeah. You can't help but know. You walk by and hear the birds," said Jackie Cornman, a neighbor.

"This is the illegal one. That's an illegal Asian Water Monitor," an animal expert said. 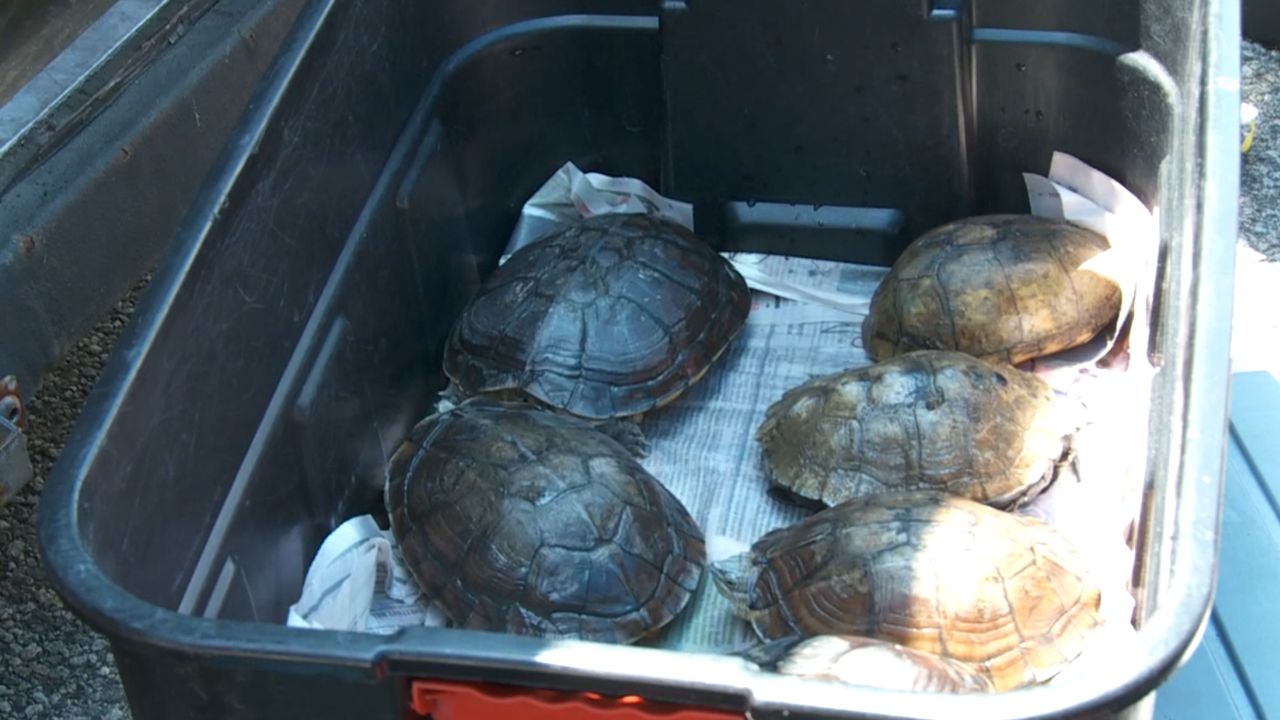 Birds were just the beginning. The owner had 151 reptiles, mostly turtles, like an alligator snapping turtle. He also had chinchilla's, prarie dogs, a skunk, and a few sugar gliders.

"We're going to be here for a long time today. It was animals living in filthy water, they didn't have proper food and water, and they were living without a healthy supply of healthy fresh air. It was very unsanitary in there," said Gary Rogers, SPCA Spokesman.

Workers wore Tyvek suits and some had air filtration systems because the smell was so pungent.

"It's horrible for the animals. The animals couldn't have fared well, and you saw, the animals that are coming out, there's nine birds in a cage, that's cruelty and those animals are beautiful," Cornman said.

Rogers said it was the second time officers visited the location, after the homeowner was given the opportunity to clean up the house. But they found the conditions had deteriorated once again.

The homeowner is expected to face charges.