Puppy reunited with owner after missing and treading water for hours 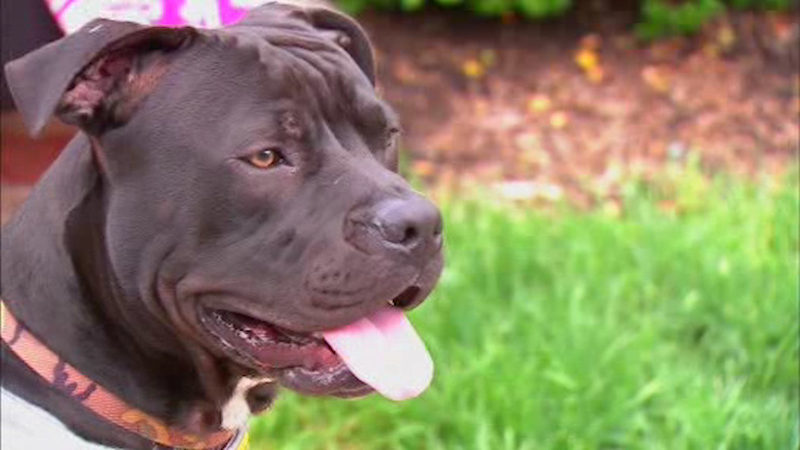 Dog ruinited with family after being rescued

TOMS RIVER, New Jersey (WABC) -- It's an incredible story of survival for a puppy who some say shouldn't have made it.

He went missing late Friday night and was finally found clinging to life in the waters off Toms River.

10-month-old rescue puppy "Remy" has quite a story of survival.

Mike Incremona was frantic, looking for his dog Remy who was missing more than half a day Friday into Saturday.

"How many flyers did you put up?" Eyewitness News asked.

The puppy jumped in water off of a dock and made it all around into an inlet and then made it to the marsh.

"He was stuck in the mud, up his arms, and some kids saw him and got him out of the water," said Al Font, a postal carrier.

Three teenage girls in kayaks in Silver Bay found Remy in distress in the mud and rescued him.

Font happened upon the kids and puppy moments after seeing the sign for the missing dog.

"So he swam all the way around here," Font said.

Font connected the dots and called the number to find Mike.

"He was really dirty, ticks on him, he lost weight, four pounds, brought him to the vet who said he lost weight because he was treading water all night," Incremona said.

It's a great story of strangers looking out for one another, keeping an eye out and showing compassion.

"He looked at me with the most sincere eyes and it was like he'd found a lost child," Font said.