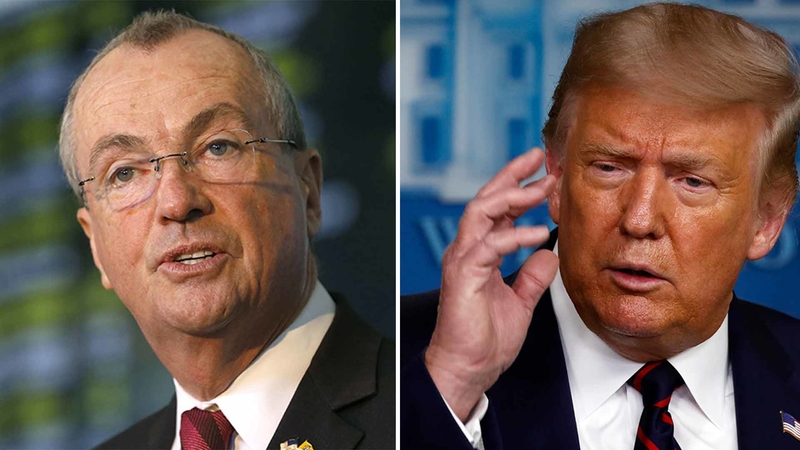 NEW JERSEY -- President Donald Trump's proposed $400 a week unemployment compensation to succeed the expired $600 a week benefit, with the state paying for a quarter of it, is "just not workable," New Jersey Democratic Gov. Phil Murphy said Monday.

This a day after New York Governor Andrew Cuomo called the executive order "impossible," "laughable" and "just a chapter in the book of Washington COVID mismanagement."

Murphy addressed the president's executive order, which was signed at his golf club in Bedminster, New Jersey, over the weekend during a news conference on the coronavirus outbreak.

The problem with New Jersey picking up what could be a multi-hundred million dollar tab is the state faces its own budget woes, the governor said.

"States are going broke and millions of Americans are unemployed yet the solution called for states to create a new program we cannot afford and don't know how to administer because of this uncertainty," Murphy said.

The previous unemployment benefit expired on Aug. 1 and was fully funded by Washington, but Trump, a Republican, is asking states to now cover 25%.

In New Jersey, the final week of the federal program providing a $600 weekly supplement to everyone receiving unemployment, there were 685,000 individuals who received $515 million in benefits, according to the state Labor Department.

Even if states are allowed to use the money they received under the CARES Act, it wouldn't be enough for the state, the governor said. New Jersey got about $2.4 billion under the legislation. Not all of it has been earmarked in the state yet.

"Not only is it (CARES Act funding) limited there just isn't enough money to go around to deal with the variety of tsunamis that we're facing," Murphy said.

Murphy also lamented the failure of Congress and the White House to agree on on direct aid to states.

"The president's actions do not provide one dime for state and local governments who are the front-line responders to this pandemic," he added.

Murphy has said before the state might need up to $30 billion in aid from the federal government. On Monday, he said it was more like $20 billion.

The COVID-19 outbreak has opened a $10 billion budget gap through June 2021, the governor has said. It's unclear how he arrived at the $20 billion figure.