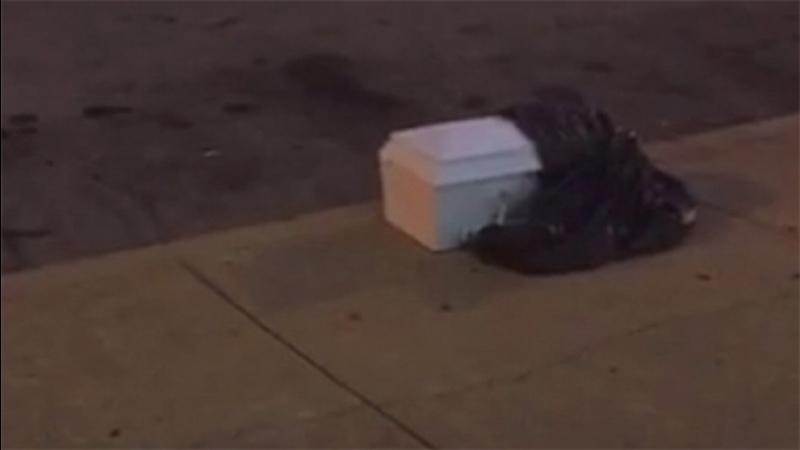 NORTH PHILADELPHIA -- Philadelphia police say a casket found earlier this week, which had embalmed infant organs inside, came from a funeral home in New Jersey.

The casket was found in the 3000 block of West Clearfield Street, across from the Mount Vernon Cemetery, just after 9 p.m. Monday.

Officers arrived to find a small, white, closed casket. When they opened it, they found a plastic bag containing what the Medical Examiner later confirmed to be two embalmed human organs from an infant.

"It was shocking to say the least," Capt. Malachi Jones said. "It begs the question: Where is the baby?"

Initially, police thought the casket had been dug up from one of the nearby cemeteries, but an investigation revealed none had any disturbed graves.

"It was basically a whodunit," Jones said.

Investigators say they were contacted by a New Jersey funeral home on Tuesday, and the people who spoke to police confirmed the casket belonged to them.

Captain Malachi Jones said during a news conference on Thursday that the funeral home is not being named at this time.

The funeral home allegedly told police the casket once had the body of an infant, but it had a broken latch, so the body was transferred to a new casket.

The broken casket was then left on West Clearfield Street.

The funeral for the infant was held in New Jersey, Jones said, so it is not yet clear why the casket was left in Philadelphia.
The employee who left the casket behind did not know the organs were inside, the funeral home allegedly told police.

"The family is quite upset," he said.

Watch Action Cam and Chopper 6 video from the scene where two infant human organs were discovered in a casket.