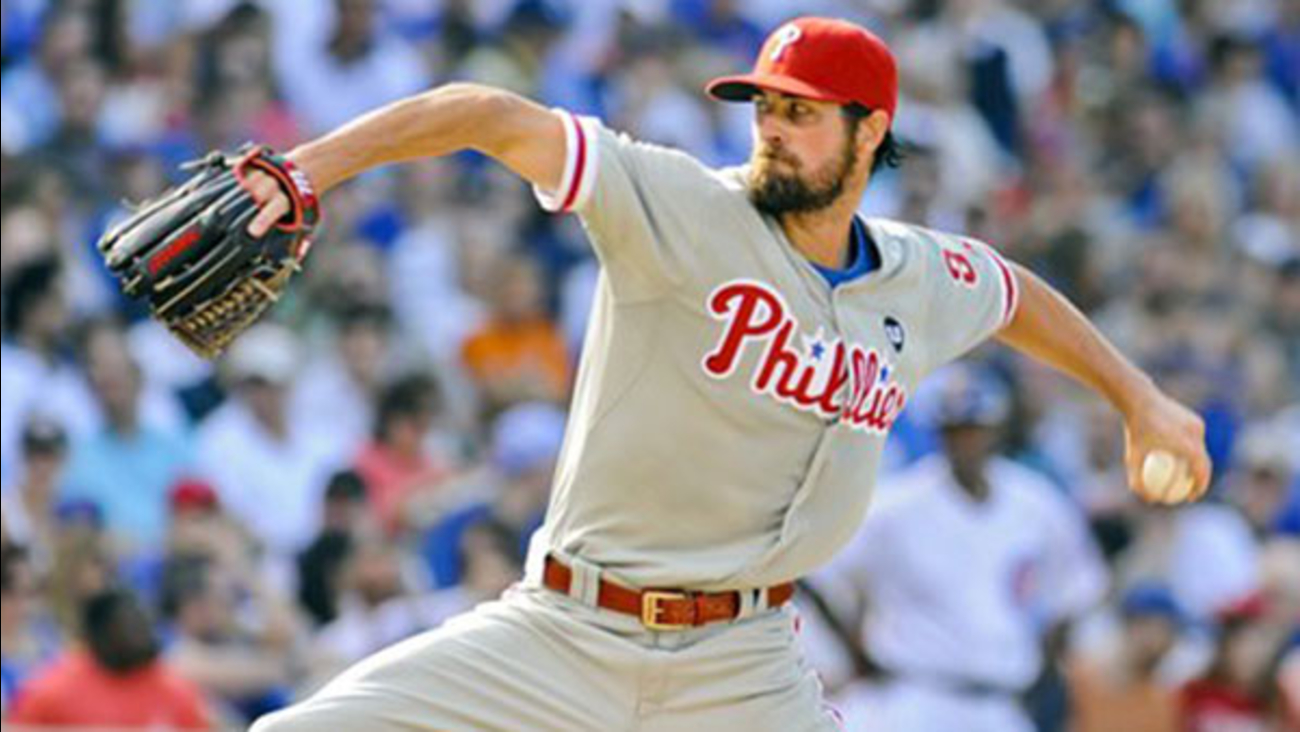 CHICAGO -- Phillies ace Cole Hamels enhanced his trade value even more, becoming the first pitcher to throw a no-hitter against the Chicago Cubs in 50 years while leading Philadelphia to a 5-0 win Saturday.

There was drama down to the final out, when rookie center fielder Odubel Herrera stumbled on the warning track, but managed to lean forward and catch Kris Bryant's flyball to end the game.

Hamels struck out 13 in the first no-hitter versus the Cubs since Sandy Koufax pitched a perfect game in 1965.

Hamels (6-7) threw his first career no-hitter in what could be his final start for the Phillies. He was the MVP of the 2008 World Series has been mentioned prominently in trade talks as the July 31 deadline approaches.

The 31-year-old lefty was part of the Phillies' last no-hitter, too. He teamed with three relievers on a combined no-no last Sept. 1 at Atlanta.