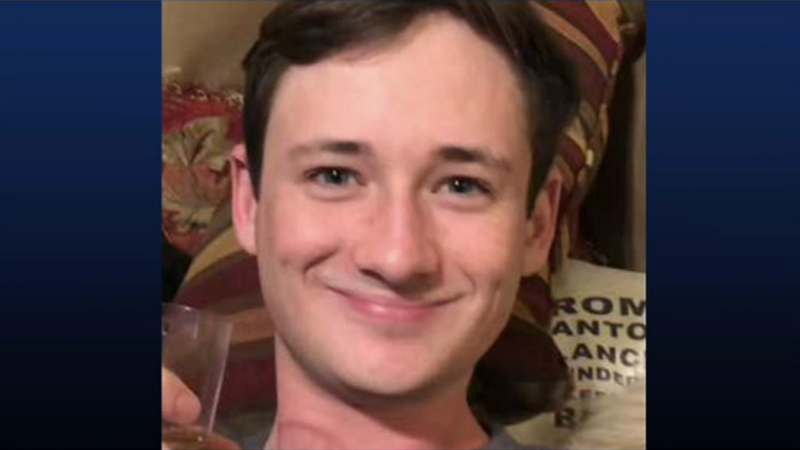 ORANGE COUNTY, California -- There's an active and frantic search underway for a University of Pennsylvania student who disappeared while visiting his home in Southern California.

Nineteen-year-old Blaze Bernstein was with his family over the holidays and then vanished on Tuesday. He had a ticket to return to Philadelphia for Sunday.

The teen's parents, speaking from their Lake Forest California home, said he was last seen with a friend at a local park, not far from their residence.

He didn't tell his family he was leaving.

The friend, who police are calling a witness, told authorities Bernstein ran from Borrego Park around 11 p.m. Tuesday evening.

"He thought he was playing a joke or something. Thought he was taking off and we don't know why specifically," said Gideon Bernstein, Blaze's father. "He was waiting around for him and he just like didn't come back."

His parents said they believe their son was planning to come home because he didn't take his wallet with him.

"He left our house that night with no wallet, no money, no identification, no credit cards, no keys, no eyeglasses - this is someone that needs to wear eyeglasses," said Jeanne Pepper Bernstein, Blaze's mother.

They Bernsteins said that Blaze was excited to return to school and the pre-med student was also excited about being newly elected to Penn Appetit, a student-run magazine.

"He was working all over winter break on that and to prepare a new team of writers and editors for the magazine," said Rachel Prokupek, UPenn sophomore. "I know he is really passionate about it."

Prokupek said she had been texting with Bernstein throughout the break, up until his disappearance.

"Someone let us know in our group that this is happening," she said. We're doing all that we can to support each other."

Berenstein's parents said their son had just moved into a new apartment off campus before the break. They also said he left behind medication that he needs to take daily.

Students we spoke to said they have not received anything from the university regarding Bernstein's disappearance.