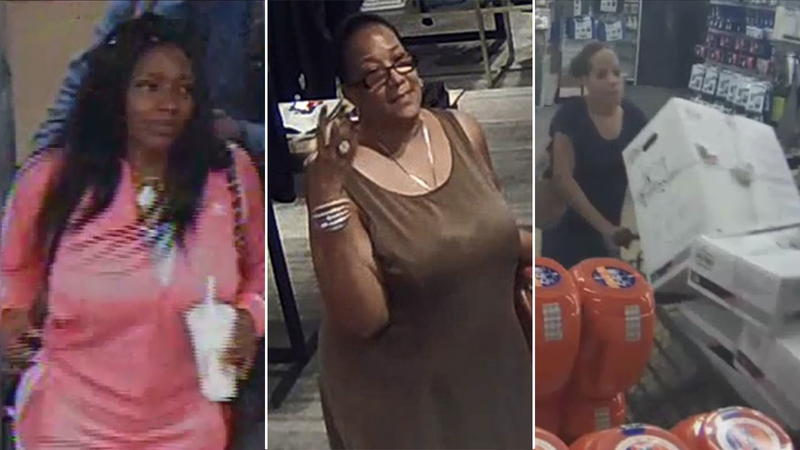 The suspects have been stealing wallets and credit cards from unsuspecting commuters on subways and MTA buses in Manhattan since July.

Surveillance video shows one of the suspects shopping at Bloomingdales on the same day she stole credit cards out of a wallet. Approximately $600 was charged on the victim's account.

The following incidents were reported to police:

July 24: A wallet was removed from a bag belonging to a woman on board a northbound 4 train approaching Grand Central--42nd Street.

July 31: A wallet was stolen from a man on board a southbound 6 train approaching Astor Place.

August 9: A woman exiting an MTA Bus at 79 Street and Madison Avenue realized her wallet was stolen.

September 22: A woman noticed her wallet was missing near the Fifth Avenue--59th Street station.

September 24: A woman walking near 5th Avenue and 60th Street noticed that her wallet was missing, and on that same day, someone attempted to use her credit card.

September 29: A wallet was removed from a bag belonging to a woman on board a northbound 1 train approaching the 96 Street station.