Woman looking for owner of pit bull that attacked, killed her puppy in the Bronx 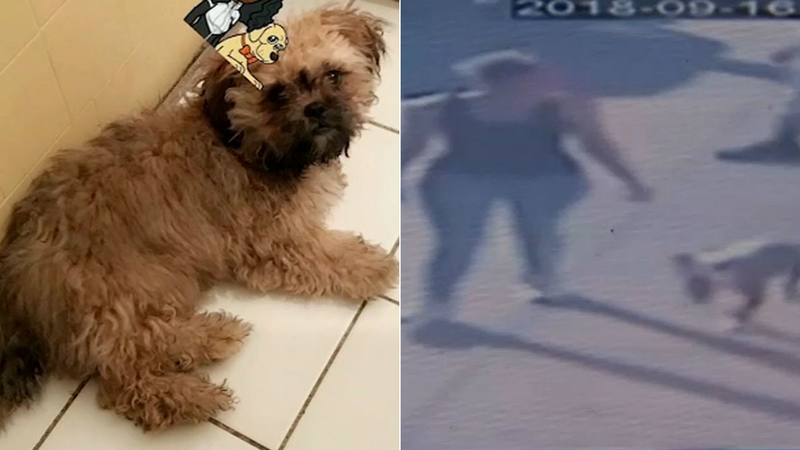 NORWOOD, Bronx (WABC) -- A family in the Bronx is heartbroken after their dog was attacked and killed by a pit bull off its leash.

The 8-pound Yorkie-Shih Tzu mix named Bardi was mauled around 5 p.m. on Sunday on East 211th Street and had to be put down.

Eyewitnesses say the pit bull shook the 8-month-old puppy like a toy and would not let go. Owner Dolores Bunch said she was helpless during the vicious attack that lasted five minutes.

"The more I tried to pull her away from the pit bull, the more the pit bull went into her neck and had her neck in his mouth dangling," Bunch said.

Bunch rushed Bardi to an Animal Medical Center in Manhattan but she had to put her down because her jaw, head and lung injuries were too severe.

Bardi's family said there has been no apology from the pit bull's owner and they don't even know who the owner is.

Bunch said she has been putting up warning signs all over her building to tell people what happened. She said she doesn't blame the pit bull, but she does blame the owners.

Now Bunch wants the pit bull to be taken away from its owners so something similar won't happen again.

She also wants the owners to help her cover the costs of Bardi's vet bills and simple burial.