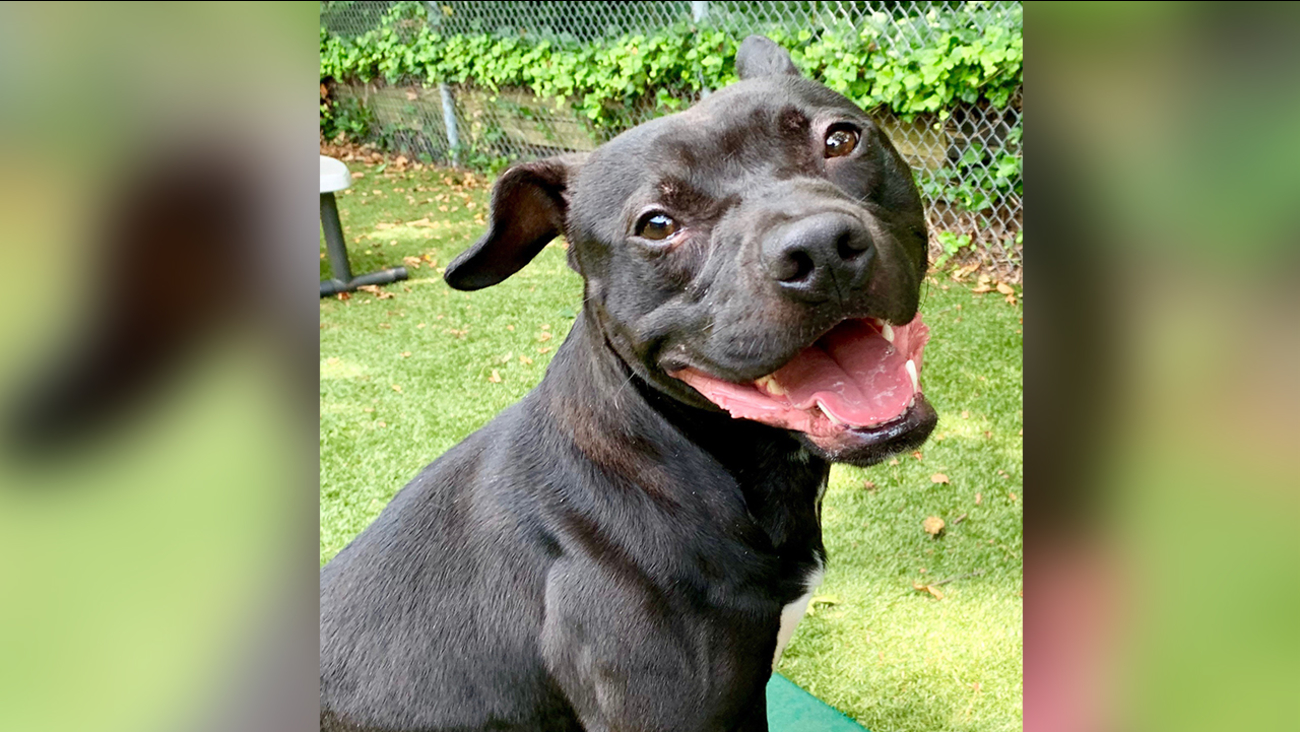 MINEOLA, Long Island (WABC) -- A man was sentenced to time in jail for dogfighting and now one the dogs rescued is looking for a loving, forever home.

Jessie Jones, 64, was sentenced Thursday to six months in jail and a 10-year ban on owning animals after seven pit bulls -- including two puppies -- were found with bite and puncture wounds all over their bodies in April.

Jones pleaded guilty in August to a slew of charges, including animal fighting, torturing and injuring animals and failure to provide proper sustenance.

"Dogfighting is a sickening blood sport that causes horrific pain and injuries to innocent animals and places an incredible burden on local animal shelters, rescue groups and taxpayers," DA Madeline Singas said. "My office will continue to work tirelessly on animal crimes cases because we know when people abuse animals, they are more likely to hurt other people. I thank the ASPCA for their partnership."

Of the seven dogs that were rescued from the home, four have already been adopted after a behavioral and forensic analysis by the ASPCA.

However, Dizzy, a 1-and-a-half-year-old male, is still waiting for his forever home.

Anyone interested in adopting Dizzy is asked to email dizzyforadoption@gmail.com.