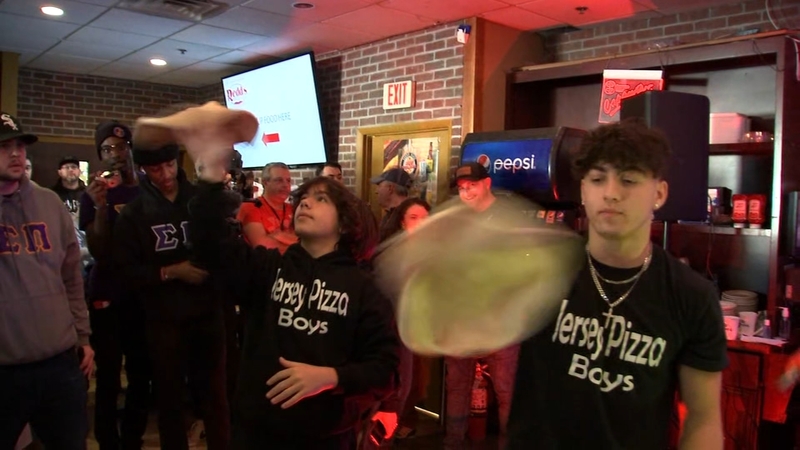 CARLSTADT, New Jersey (WABC) -- Proud pizza makers across the state of New Jersey came together to settle once and for all who has the best slice in the first ever Pizza Bowl.

The state's four most popular pizzerias -as cited in a recent poll- competed to see who has the best slice this weekend.

The Pizza Bowl was made possible by members of the Jersey Pizza Joints Facebook group, which was started by Guy Madsen during the pandemic .

"How do you really determine who's got the best but by voting and polling?" said Madsen. "We used Facebook to grow our group from twenty-five to now about fifty-four thousand people. So after running a month's long voting campaign we were able to cut down to the top thirty-two regions in the state. Those thirty-two went to sixteen, then to eight and then the fabulous four."

The competition took place at Redd's in Carlstadt and featured a free-style pizza tossing demonstration.

"These mom and pops are unsung heroes," said Madsen. "The real celebrities here are the pizza joint owners who bust their humps every day and during the pandemic have fed us and kept us well while others stayed home. So they should be applauded for that."