Authorities said the pilot, identified as Ken Johansen, was the only one on board the small plane that crashed at 1:52 p.m. along Northcote Drive in Melville. 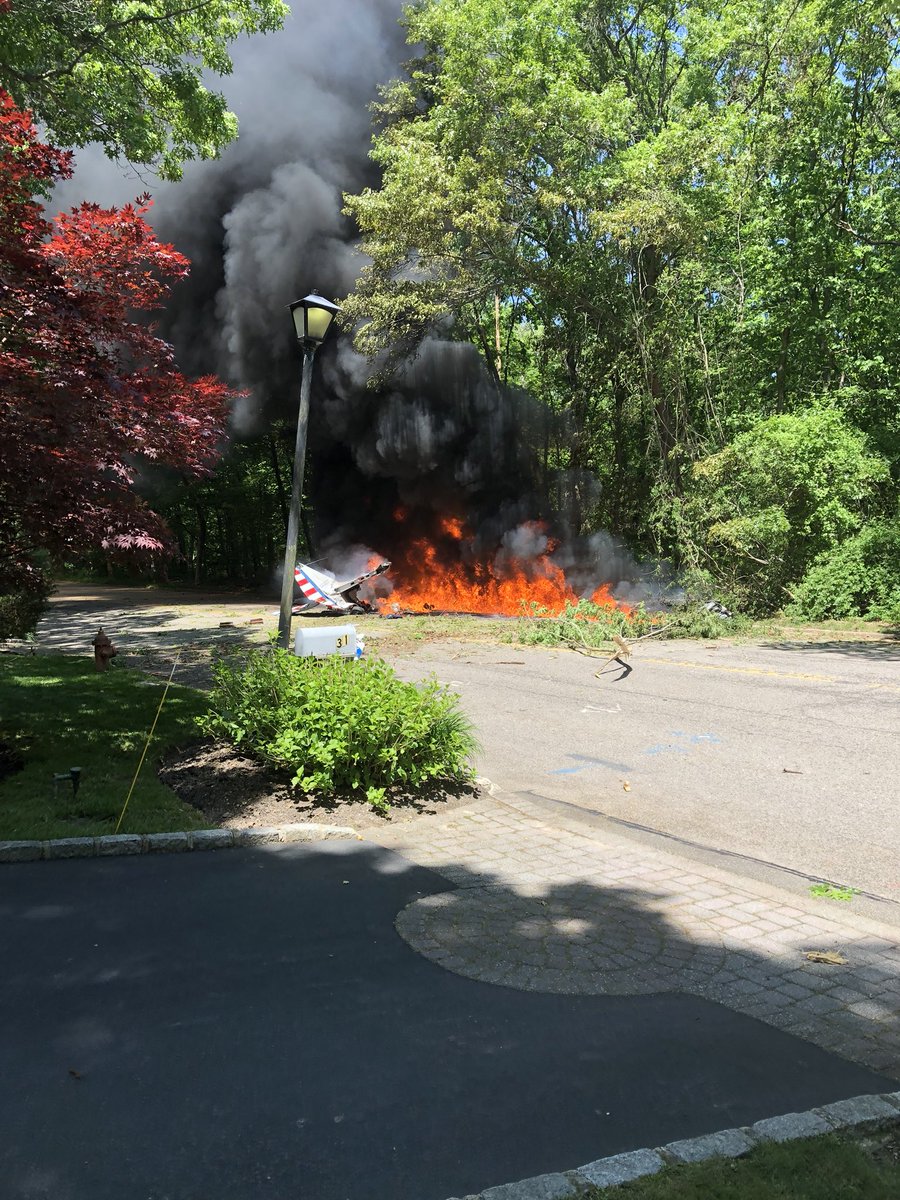 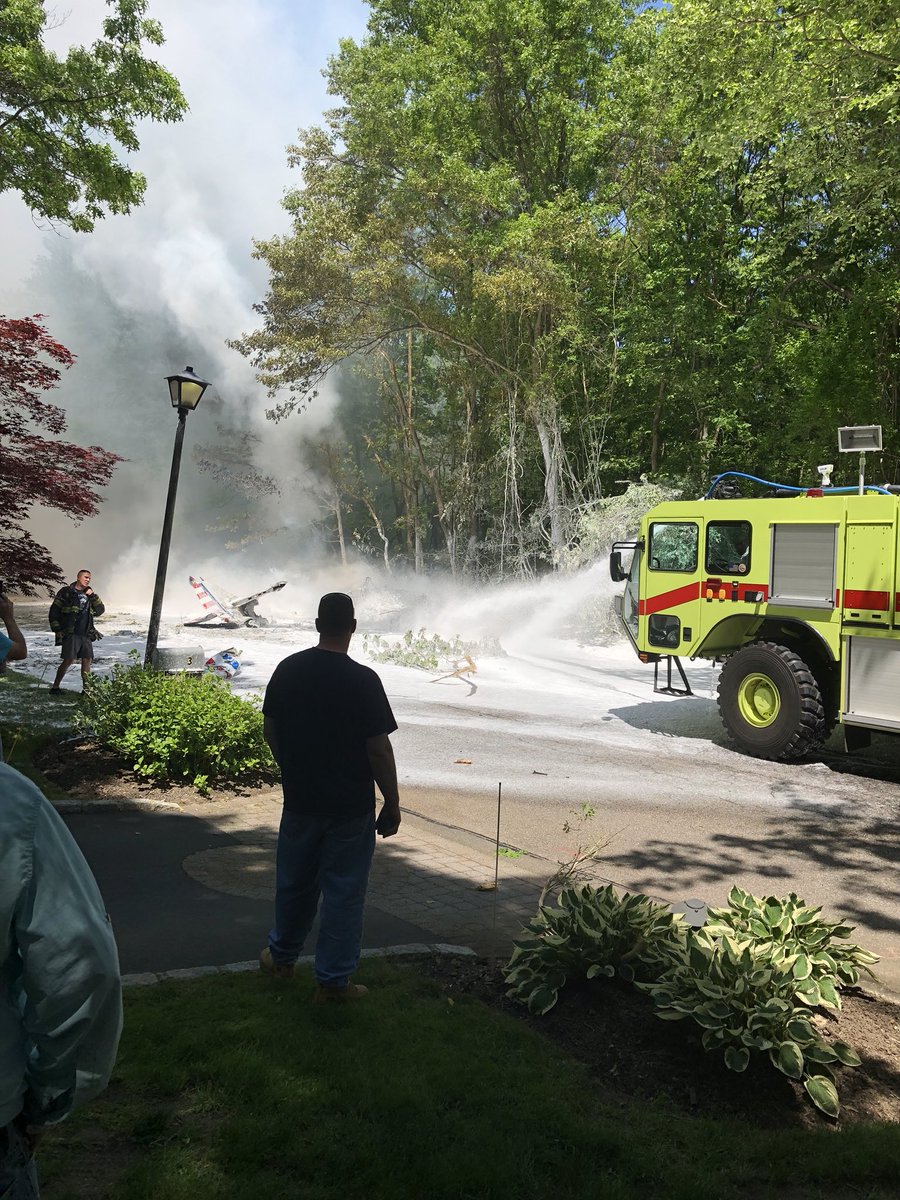 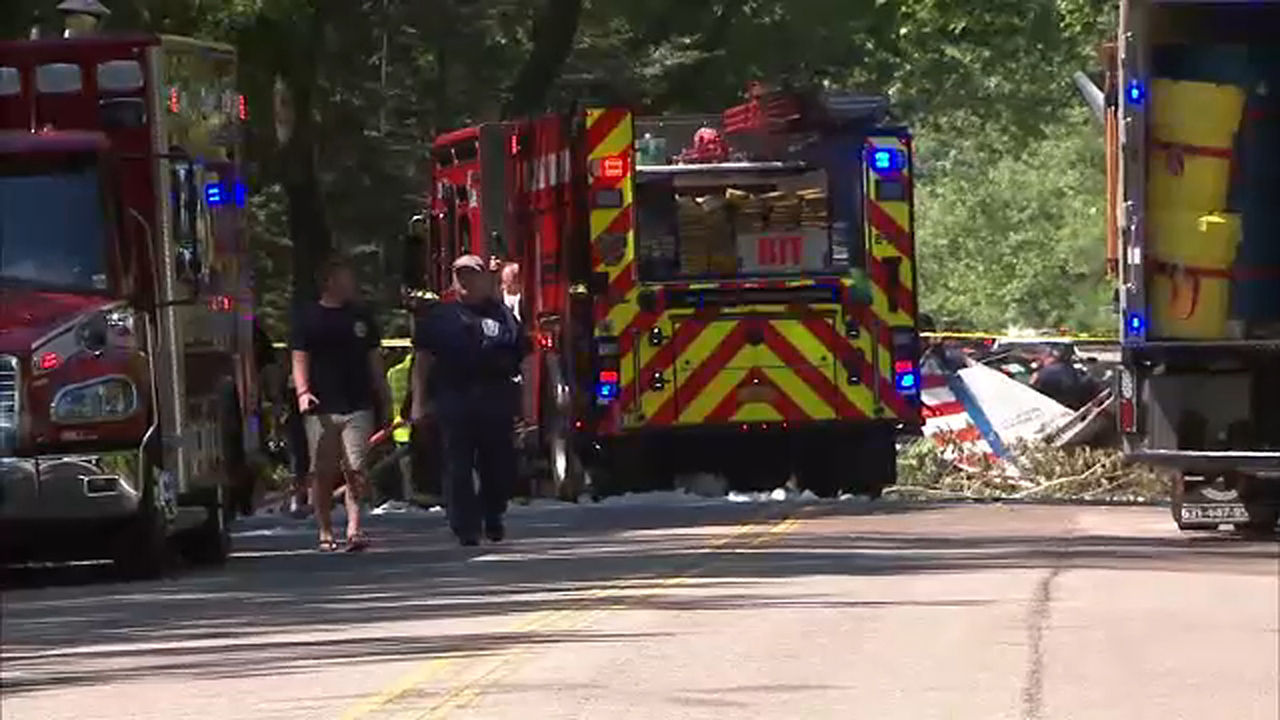 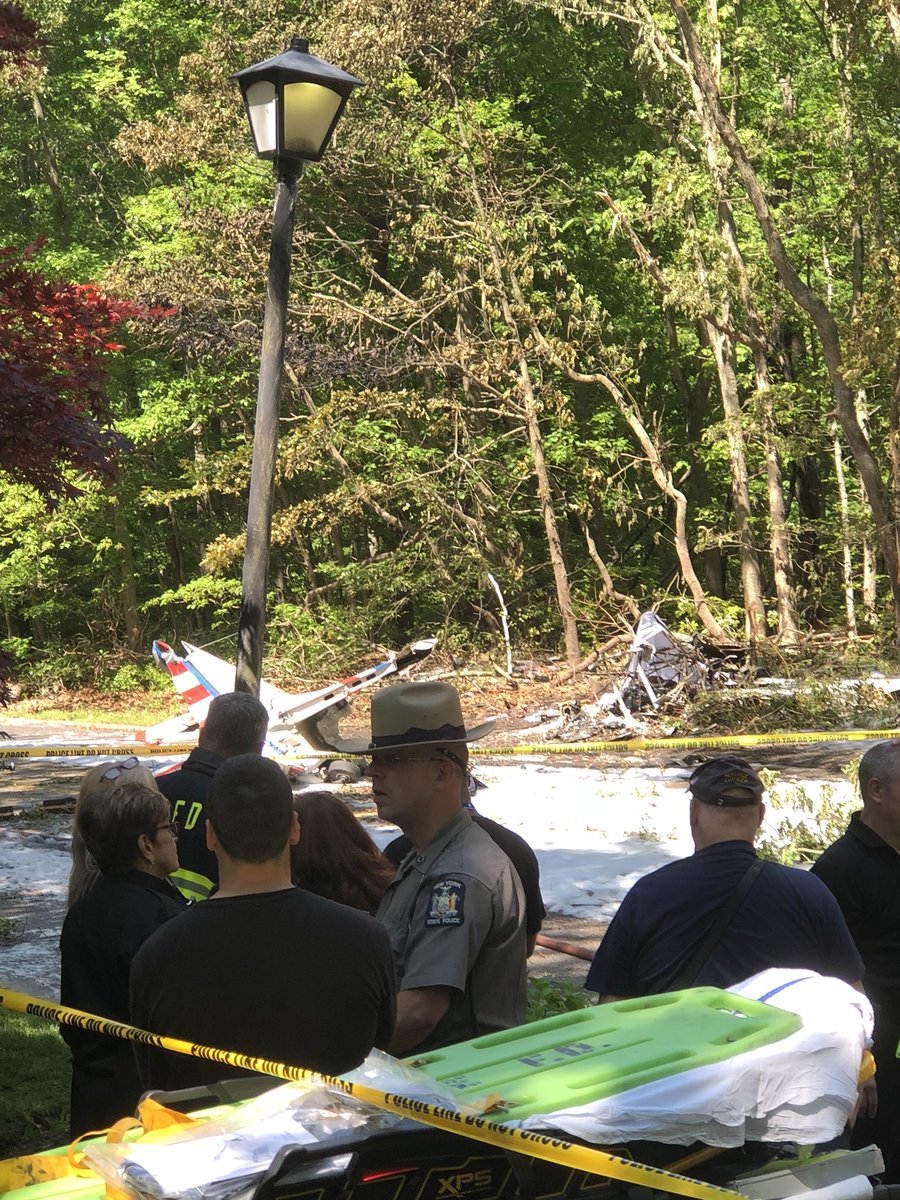 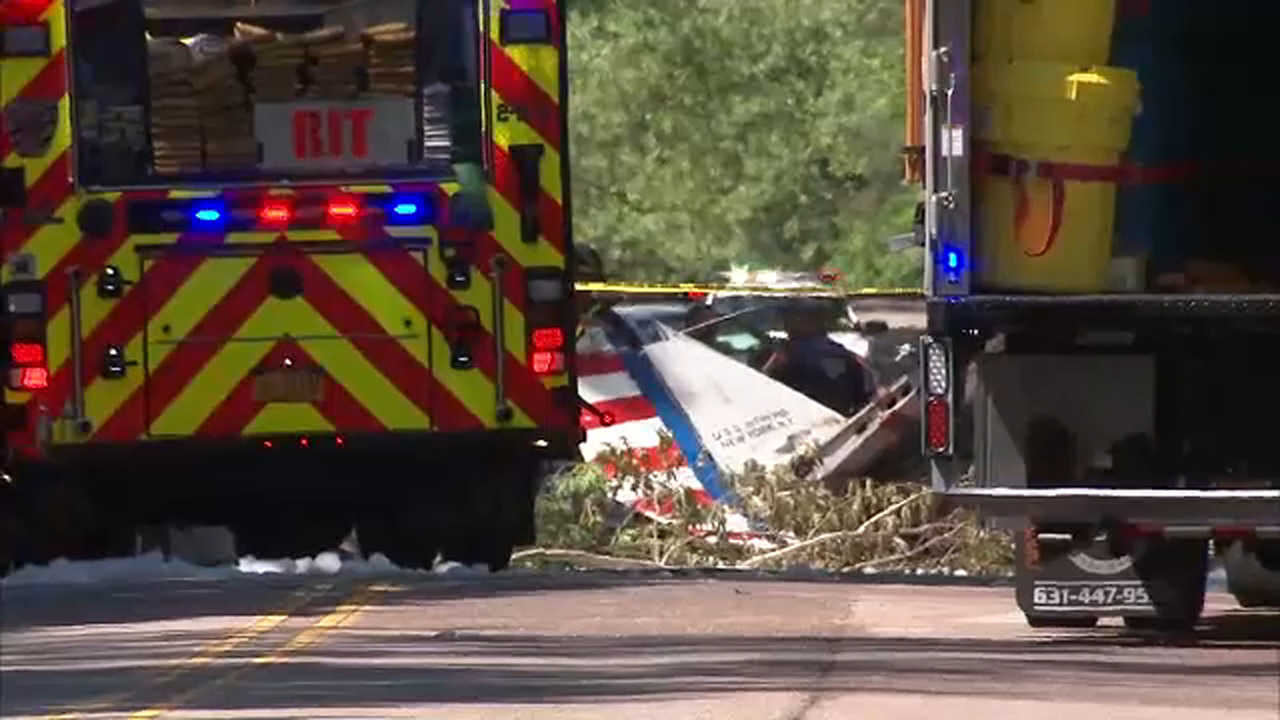 The plane took down a number of trees as it was on the way down but did not hit any houses. It landed about 200 feet from the nearest home, authorities said.

No one on the ground was injured.

College student Lauren Peller was in her home with her mother when the plane went down across the street next to woods.

"We heard a loud noise, almost like a tree fell on the house, and we ran down the stairs and there was smoke and the plane was on fire," said Peller, adding that her mother then called 911.

The crash involved a GEICO Skytypers plane from Republic Airport in East Farmingdale.

Johansen was a graduate of the U.S. Naval Academy, a Naval aviator, and a professional airline pilot. He leaves behind a wife and two children.

An investigation is underway involving the Federal Aviation Administration and the National Transportation Safety Board.

The World Famous GEICO Skytypers Air Show Team is a flight squadron of six vintage WWII aircraft based on Long Island performing precision flight maneuvers at select air shows across the US.

Eyewitness News flew with the group ahead of the Bethpage Air Show last weekend.

"A careful and thorough investigation is already under way," Skytypers said in statement. "We are working with local law enforcement, the Federal Aviation Administration, and the National Transportation Safety Board. Our thoughts are with Ken and his family."

Johansen first flew with the Skytypers at the age of 8, according to his bio posted on the stunt team's website. It said he "caught the aviation bug early in his life" from his Skytyping instructor pilot father.