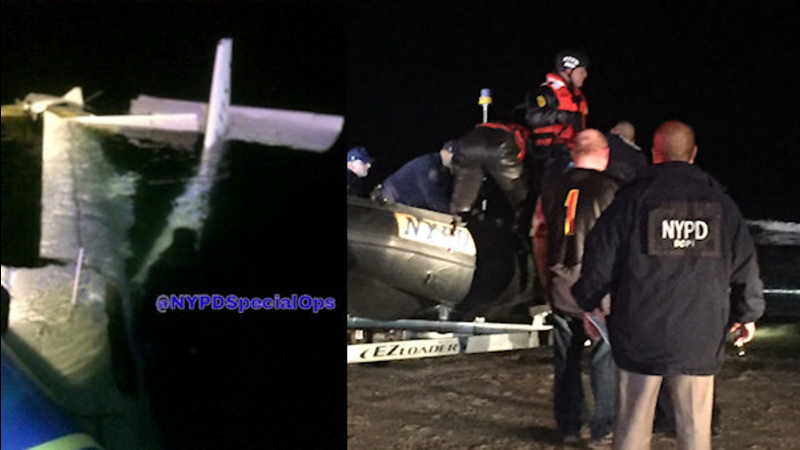 BREEZY POINT, Queens (WABC) -- A preliminary report on a small plane crash in waters off New York City that killed the pilot says the parachute was found separated from the rest of the aircraft and was partially deployed.

The plane crashed the night of Nov. 4 in the waters off Breezy Point, at the end of the Rockaway Peninsula in Queens.

The National Transportation Safety Board's report, released Monday, said witnesses watched as the plane descended into the ocean. One described it at about a 45-degree angle nose down, then hearing an explosion.

The family of New Hampshire businessman James "Brad" McGee confirmed he was killed. He had called his wife that night to tell her he was heading home from a business trip in Philadelphia. He was to fly to Portsmouth.