N.J. Burkett reports on the landing from Yaphank.

YAPHANK, Long Island (WABC) -- A small plane made an emergency landing in the median of a highway on Long Island Wednesday.

The Cessna, registered to a Northport man, touched down on Sunrise Highway in Yaphank near exit 57S around 1 p.m.

The pilot was the only person on board, and no injuries were reported.

The landing was captured on video by Tom Lupski. Watch it here:

Hours after the amazing landing, Lupski was still in shock. The plane nearly clipped his car as it swept down over the highway.

Lupski says he slowed down to give the plane plenty of room.

Authorities say the C206 took off from Brookhaven Airport in Shirley and was heading to Eagles Nest Airport in West Creek, New Jersey, when it suffered some sort of mechanical failure.

The pilot, Jim O'Donnell, said he had no choice but to land on the highway, avoiding stunned motorists who were no doubt avoiding him.

"It wasn't good, but here I am," he said in an exclusive interview with reporter NJ Burkett. "No bent metal." 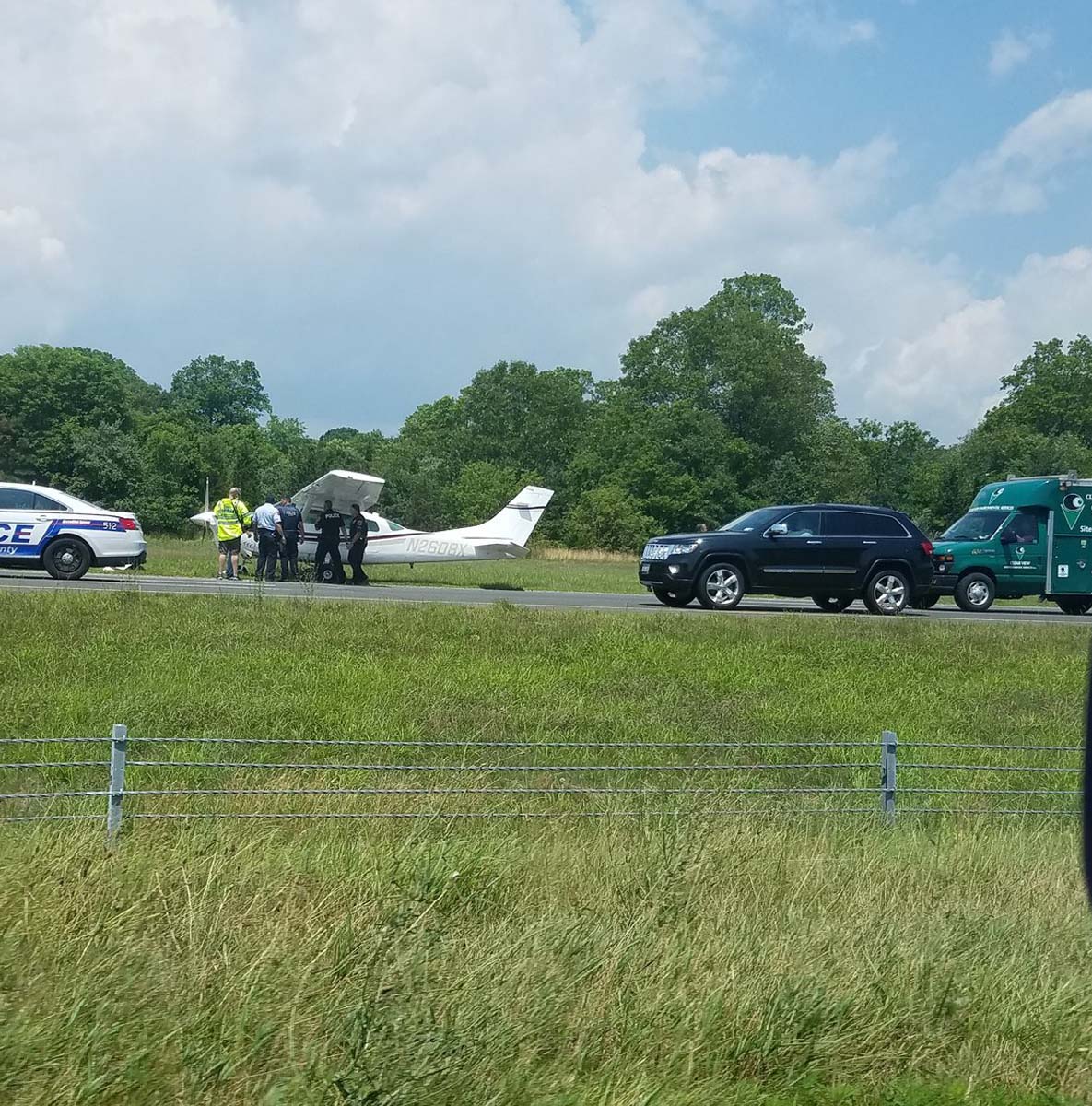 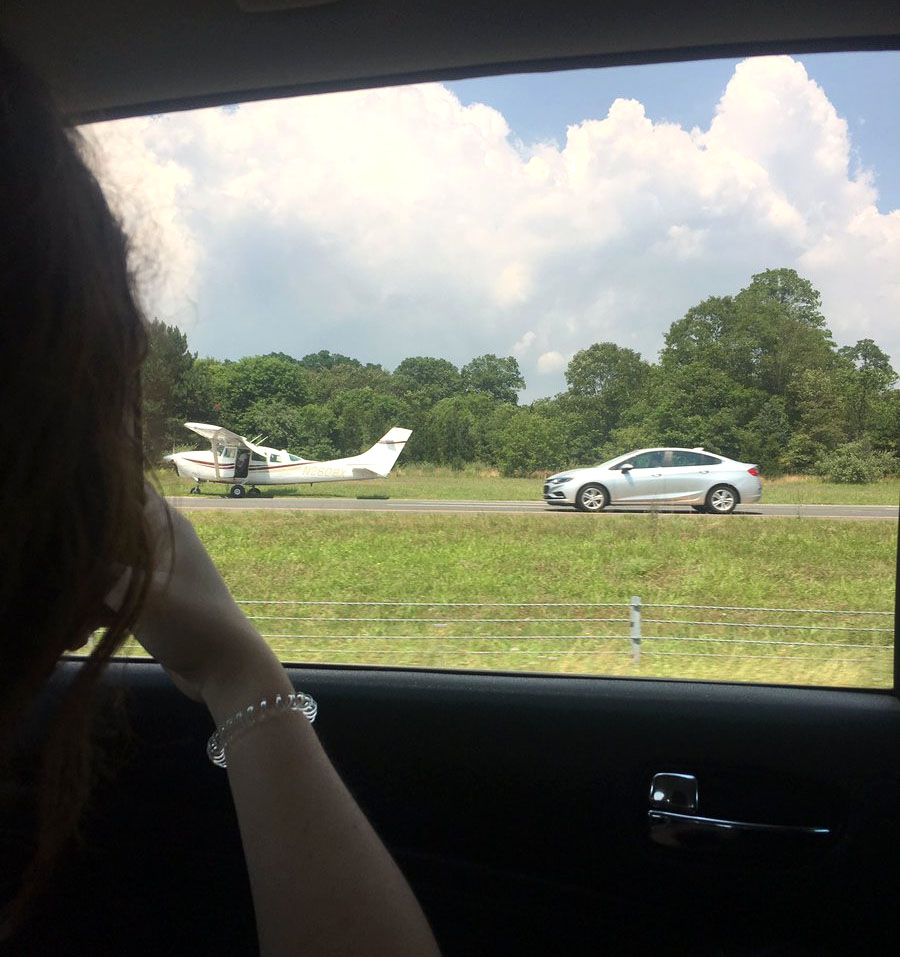 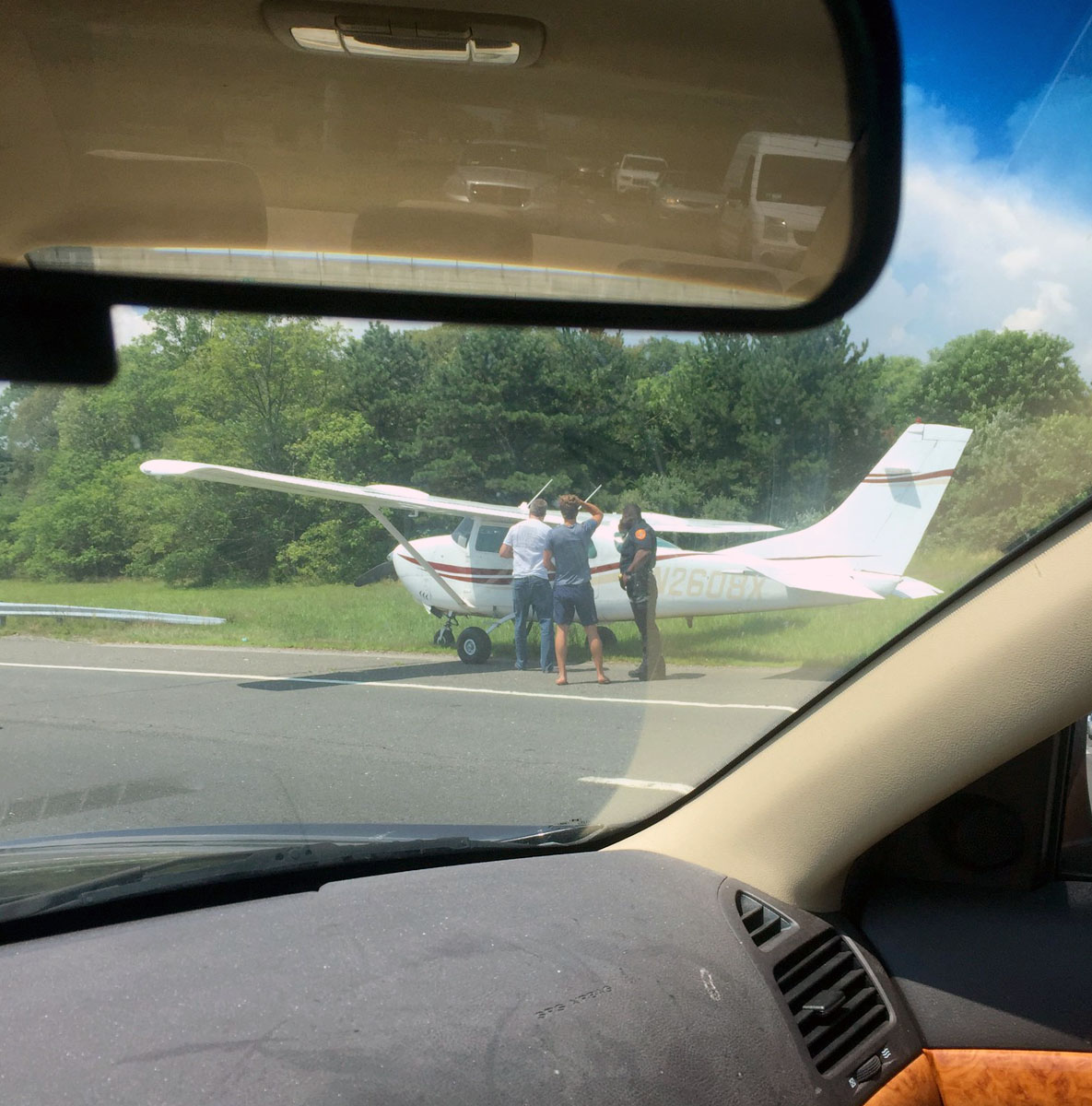 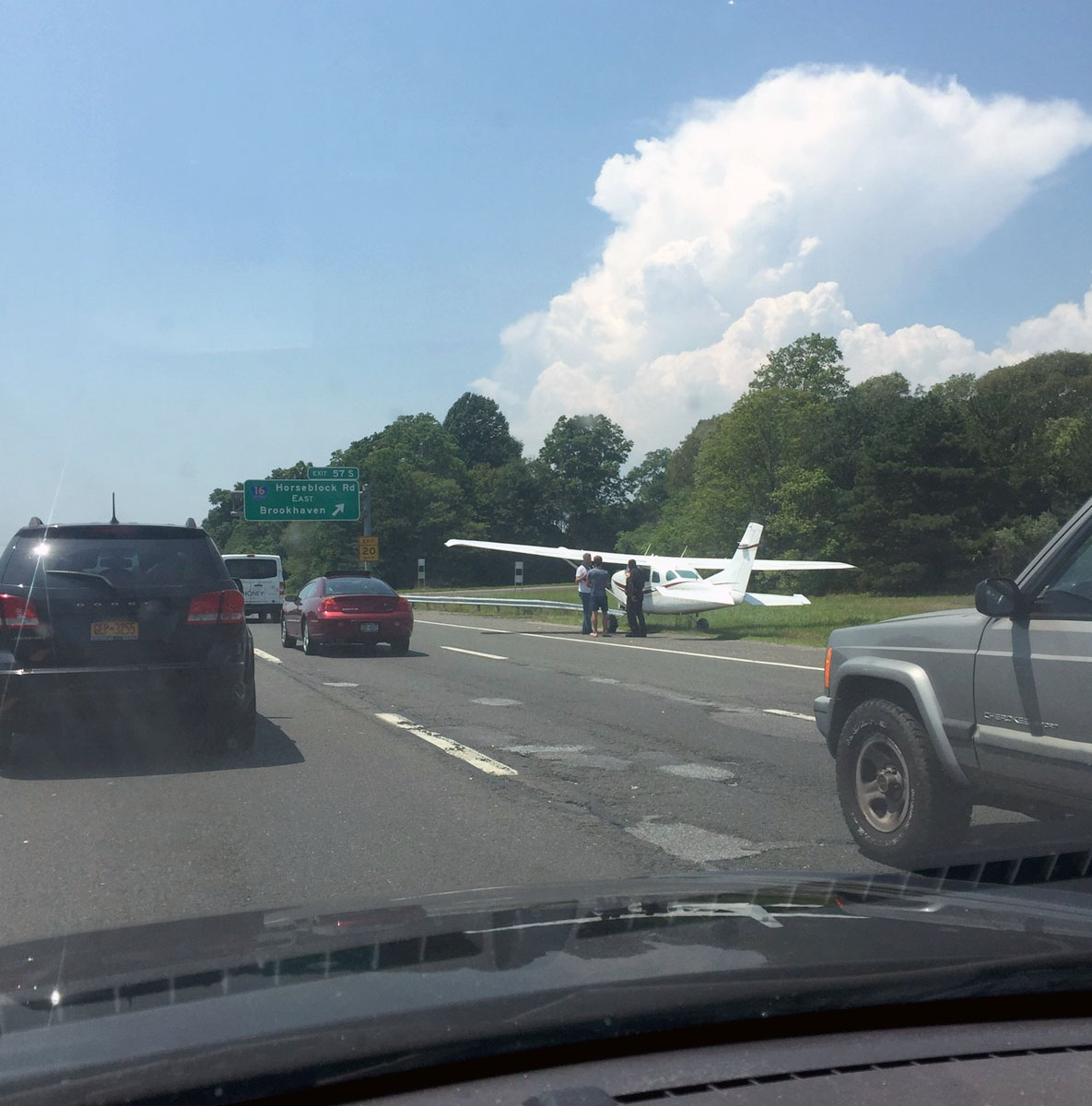 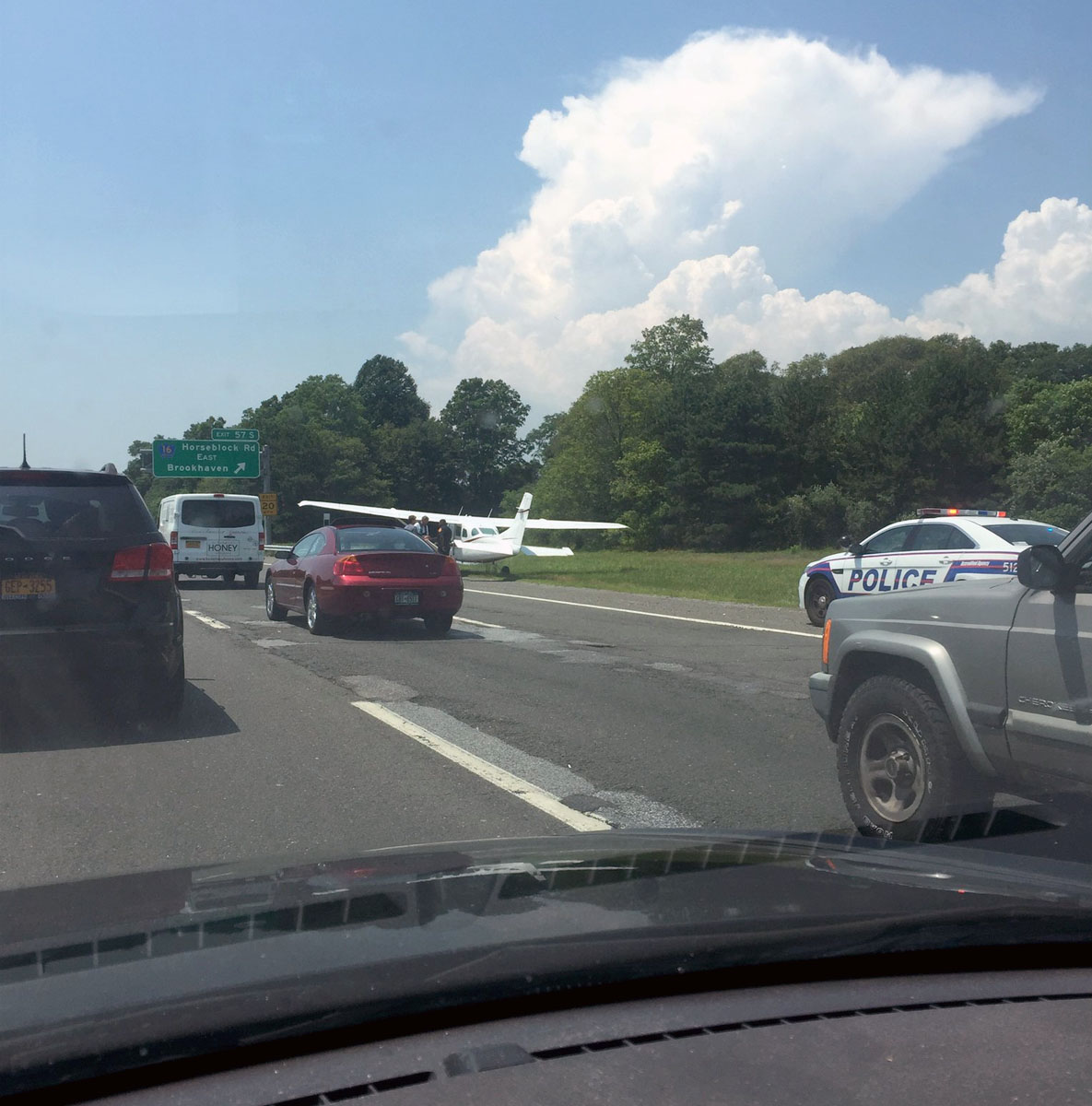 He is being praised for the landing, which including flying over a highway sign and under an overpass.

"From what we understand, from the preliminary information, is he came in over the street sign that stretches across the westbound Sunrise Highway and was able to land in between that and the overpass," Suffolk County police Chief of Department Stuart Cameron said. "And he came in under the overpass. He kind of threaded the needle there, and it looks like he did a pretty nice job under the circumstances. He didn't hit any cars, and no one got hurt."

The plane was towed down the highway to Brookhaven Airport.

1 killed when wind collapses parts of festival stage in Spain