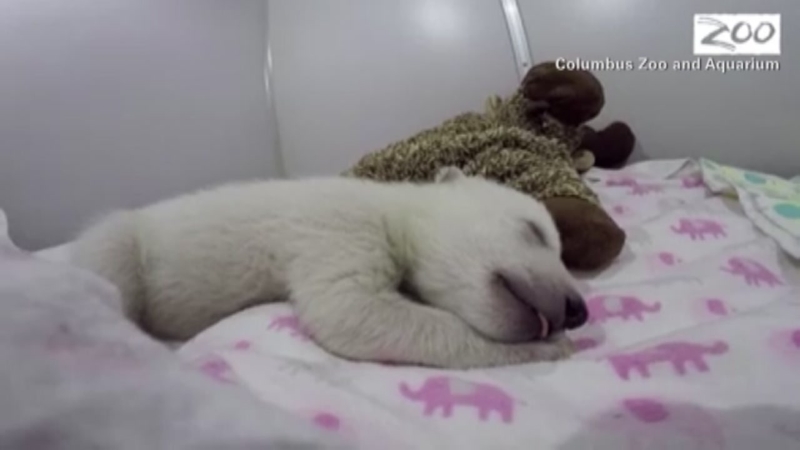 COLUMBUS, OH -- What does a polar bear dream about? You'll have to be the judge, but the folks at the Columbus Zoo and Aquarium say the little 5-week-old baby polar bear at their facility is making sounds of contentment in a new, adorable video of her sleeping.

The polar bear cub is doing well, according to zoo officials. She weighs just more than four pounds and is 16 inches long.

The zoo says her eyes have started to open and she's already working to stand up on all four feet - especially when she's hungry.

The cub is keeping the zookeepers busy 24 hours a day, seven days a week. She has six feedings a day, and, as the video shows, plenty of rest.

The cub was born last month to Aurora, one of three adult polar bears living at the zoo. A second cub delivered by Aurora did not survive.

You can watch the adorable video called "Polar Bear Dreams" in the player above.