NEWARK, New Jersey -- The suspect in the fatal shooting of a woman in Newark apparently shot himself in the head while being chased by police, authorities said.

The woman, 28-year-old Tiffany Wilson, of Newark, was discovered dead in a car on Scheerer Avenue in Newark just before 8:30 a.m. Tuesday.

Authorities say a dark-colored vehicle sped away from the scene, and Newark police spotted a Toyota RAV4 that fit the description and pursued it onto Interstate 78.

The vehicle headed westbound to Route 24 and then to local streets in Summit, where police boxed in the vehicle.

Police said the suspect, identified as 31-year-old Kareem Dawson, of Irvington, then shot himself in the head but survived. He was taken into custody and rushed to the hospital. His condition, at this point, is unknown. He is facing murder charges.

The Essex County Prosecutor's Office is investigating the death of Wilson as a homicide. Investigators say Dawson and Wilson were previously in a domestic relationship and had a history of violent issues, and family members say she had tried to distance herself from him.

This is not the first time Dawson made headlines. On December 6, he took his two young children from their daycare and Maplewood, New Jersey, and fled. The incident ended with Dawson being taken into custody at gunpoint in Woodbridge. 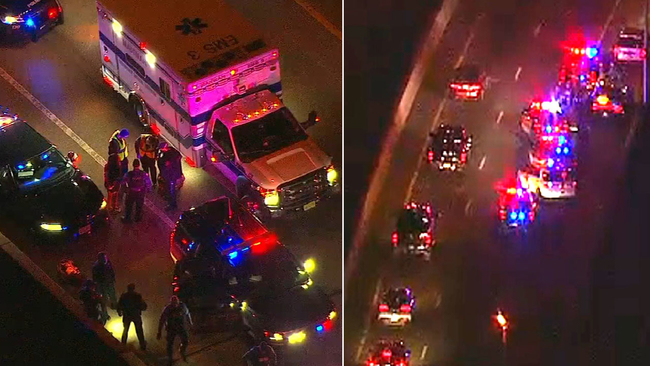